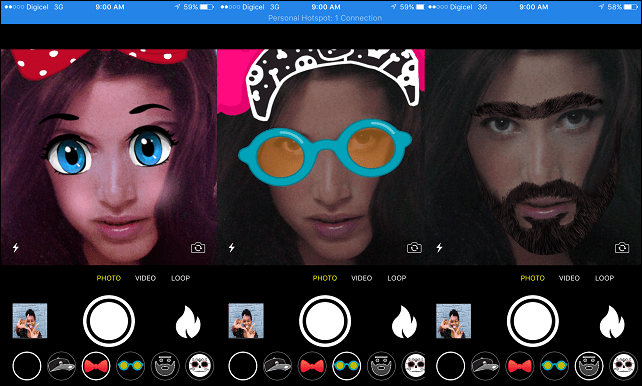 A picture is worth a thousand words—but most could use a little jazzing up. Artisto is yet another selfie app that brings filters and stickers to your mobile photos in an effort to inject a little fun into your photography. Best of all: it’s free.

It started with text messages. Then it turned into emoji. Then it turned into selfies. Then Instagram brought us filters, and Snapchat brought us the zany stickers and doodles. Next, the likes of Prisma and Overs upped the filter game with some truly artistic-looking filters. And now, Artisto is throwing its hat into the ring by bringing a little bit of the best of photo filtering and doodling worlds into one app.

To be a newcomer in a photo sharing world already dominated by the likes of Snapchat, Facebook, and Instagram is no meager task. There’s even a Microsoft selfie app. But it appears that Artisto has carved a niche for itself in this space, as evidenced by 10,000+ reviews and 4+ star rating in iTunes. So, what’s the big deal? Let’s check it out and see what it’s all about.

Artisto – Another Artistic App for iOS

Artisto is a free download for iOS 8 or later and works on iPhone, iPad and iPod Touch. The app is quick and easy to setup. After launching, you are greeted by the viewfinder where you can capture a picture then edit it with a variety of filters. At the bottom are three tabs, which you can use to switch between different modes such as photo, video, and loop. 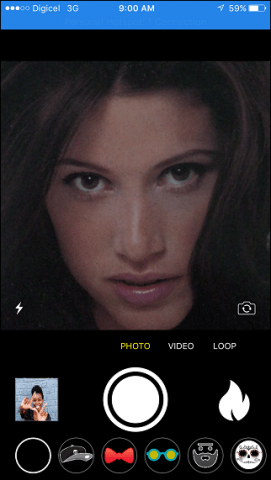 The photo and video tab lets you capture photos or record a video then apply one of the built-in Artisto filters. It works pretty well, too. I was impressed with the quality of the filters applied such as Fedro and Cinamon, which are two of the popular filters I notice my family and friends using when they share their creations on social media. 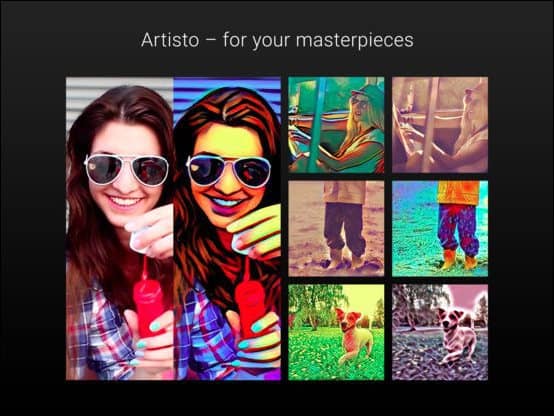 Artisto samples a bit of Snapchats real-time gimmick filters, where you can add funny elements to a photo such as a hat, beard or shades. It’s easier to figure out than Snapchat that’s for sure. The video loop option records a few seconds of video, which you can then apply one of Artisto’s filters. It’s too short to be honest and will probably be one of the least used features of the app. 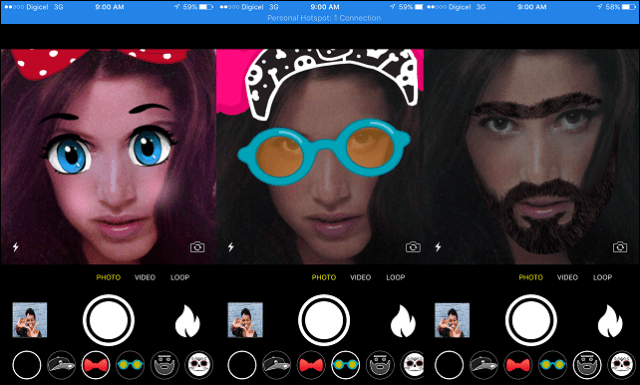 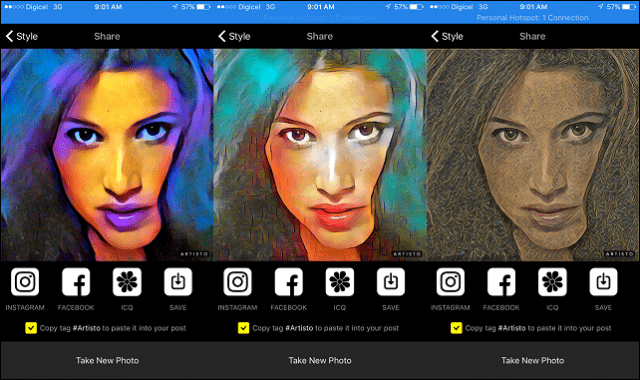 There isn’t anything out of the ordinary about Artisto, but if you are overwhelmed by all the features in apps like Prisma or complicated interfaces like Snapchat, then Artisto is a simpler approach to getting the same job done. Of course, no app can remain financailly viable without adding additional paid features and functionality. One of the other things users will like about Artisto: there is no extra cost for new filters. The only drawback, each filter will add a Artisto watermark. If you want to remove the watermark or make your video loops longer, you can pay an additional fee. Feature creep is an inevitable reality, hopefully, the makers of Artisto can balance the apps simplicity while introducing new features over time.

Go check it out and tell us what you think in the comments.