Facebook’s App Center is now available. Here’s our first look at what it has to offer.

Facebook has kept its word. About a month ago, I reported that it was planning an App Center, including apps for iOS, Android, as well as web apps. Well, the Facebook App Center is here and you can try it for yourself. Here’s a screenshot tour of what it offers. 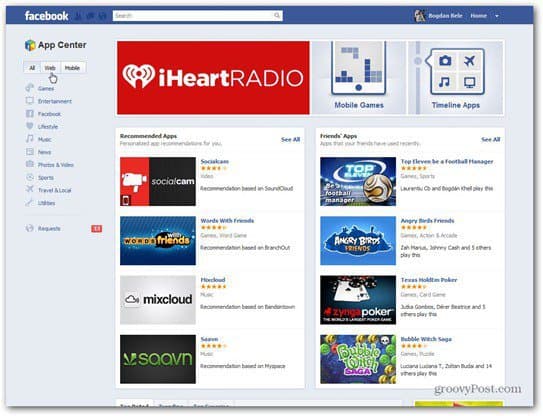 I’ve read somewhere that only a portion of Facebook’s users have access to it at the moment, but, even if yours isn’t active yet, it should be rolled out to all users soon.

Whether it’s aimed at promoting third party software or just at keeping users on Facebook even more (like that is even possible), the App Center is here. It’s pretty straight forward and it’s nothing more than anyone expected.

It’s basically just an app portal that recommends apps based on what you already use, and what your Facebook friends use. The main page is in the screenshot above. It will show all apps by default, but it has three buttons at the top left side, so you can choose what you want – All Apps, Web Apps or Mobile Apps.

Under that, you’ll see that Facebook has split apps into categories (ten of them, including Facebook, where you can get all of Facebook’s apps). Under the categories section are your app requests from friends. Those annoying Facebook notifications now have a place of their own). Wonderful right?

To install an app, click its name and you’ll be taken to its page. There you’ll find a Play Game or Visit Website button on the top right side. If the app has a mobile version, you’ll also get a Send to Mobile button. An app page typically looks like this. 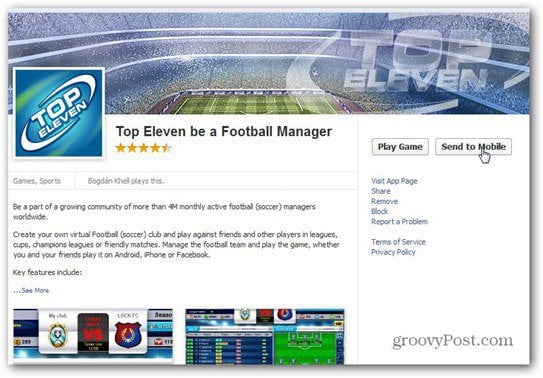 If you click Send to Mobile, you’ll get a notification like the one below which is for an Android version. 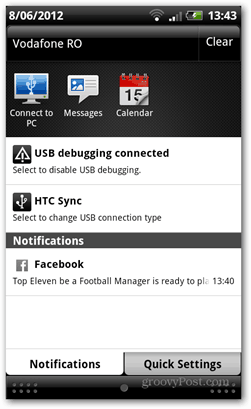 The funny part is that clicking it won’t get you straight to the Google Play store. Instead you’ll be taken to Facebook’s Mobile App, where you get yet another notification — yet another useless step. 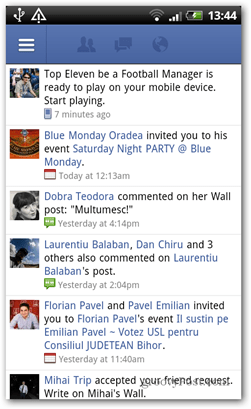 And, then, after clicking the notification, finally you can just click download and you can use the app. 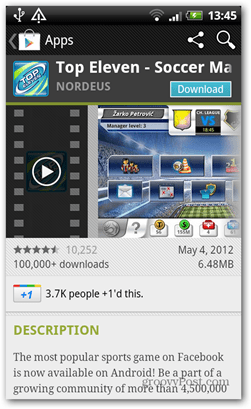 Here’s a look at the iOS version. I found an app and clicked Send to Mobile. To get it, you will need to have the Facebook app installed on your iDevice and have Push Notifications enabled. 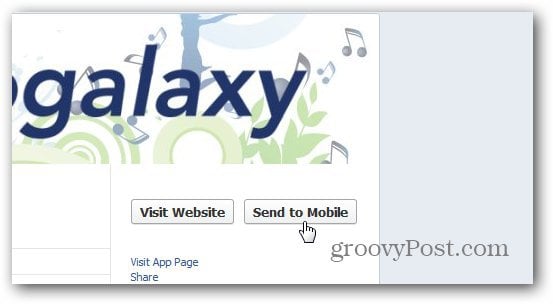 You then get a notification on your iDevice — here I’m using an iPod touch. Tap the notification and it brings you to the iTunes App Store to download the app. 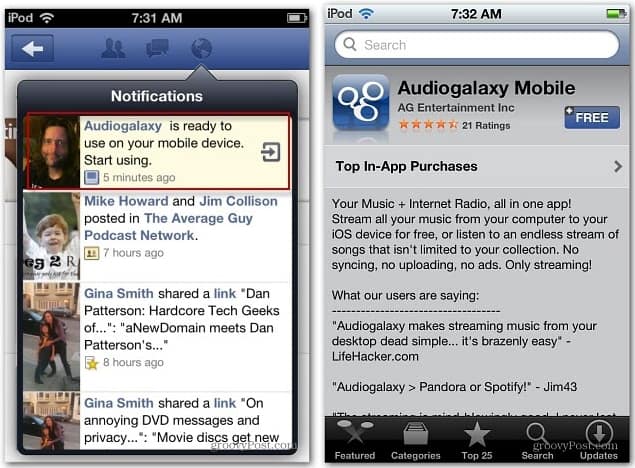 I’m curious how Facebook will make money out of this, since I’ve only seen free apps in it. Or maybe it’s just planning to get users to bypass Google when searching for an app.

It’s another way for app developers to advertise their apps, and I’m sure Facebook gets a cut when paid apps are added. On first impressions, I see no value in using it — but as it’s developed more, perhaps it will be useful. Time will tell.