Tired of Android apps needlessly connecting to the internet? Put a stop to it with Droid Wall, a free app on the Google Play Market. Here’s a quick look at what it can do. 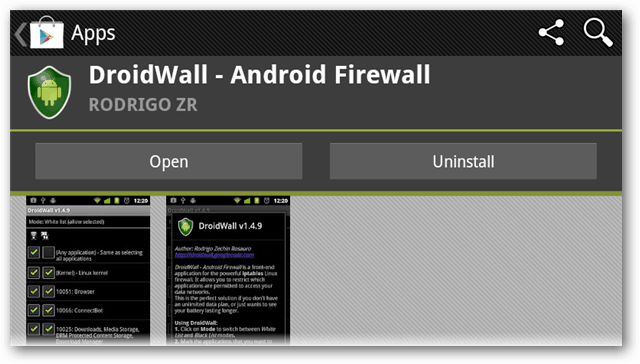 When I’m downloading an app from the Google Play Android Market and I see a bunch of permissions that I don’t agree with, it isn’t a problem. Why? Because I only selectively allow apps to connect to the internet. This is done using a free app on the Android Market called Droid Wall.

Droid Wall is an Android firewall that blocks internet connectivity on a per-app basis. Even when an app permissions lists “Full Internet Access” that won’t stop Droid Wall from shutting down the connectivity. This little utility comes in handy for blocking ads, preventing unwanted updates, or keeping apps you don’t fully trust from transmitting your data. The only caveat is that Droid Wall requires your device be rooted.

For example, does Angry Birds Free really require internet connectivity to function? Nope! It just needs it to display ads, so if you cut the connection the ads go poof. This works for just about every other app out there as well. 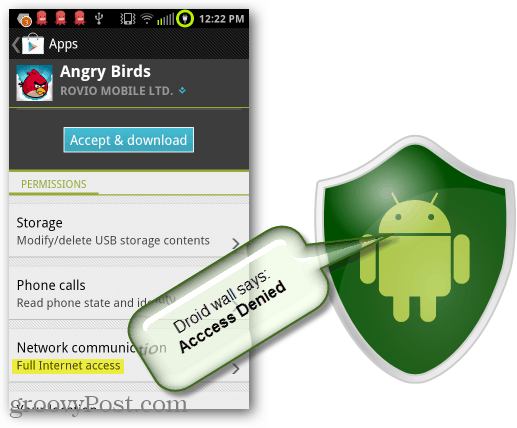 The Droid Wall manager works in Black or White list mode.  White list blocks all apps except for the ones you check.  Black list blocks only the apps that are checked. You can also specify whether apps’ internet connections are blocked on WiFi, 3G, or both. 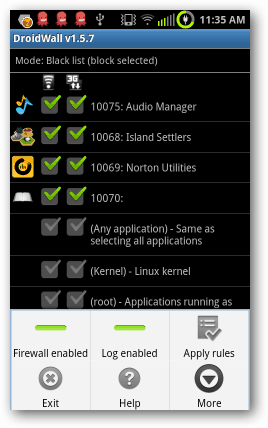 Additionally you can log connectivity attempts, set a password to make changes, or temporary disable the entire firewall. There is also an advanced option for setting custom scripts.