Did you know that you can replace the new tab page in Google Chrome via an extension? If you’re looking for something different in your browser here is a good place to start.

If I only had a dollar for everyone I run into that likes the most-recent Chrome “New Tab” page, I’d still be… broke as a joke. Let’s face it, the default new tab is boring and you won’t get full use out of it unless you’re crazy about Chrome apps. I for one prefer the old New Tab page, or something more along the lines of Opera’s speed dial. There are several free replacements in the Chrome Web Store, and Awesome New Tab Page is one to look at.

Windows 8’s Metro UI must be catching on, because Awesome Tab itself “is inspired by design and functionality from a number of sources, Metro UI being just one”. But unlike Metro, Awesome Tab tiles “are also a lot more customizable”. Each tile allows either a website link or a Chrome app, but what defines it, is the ability to add custom widgets — which makes this extension more than just an add-on, it’s its own platform. Awesome! 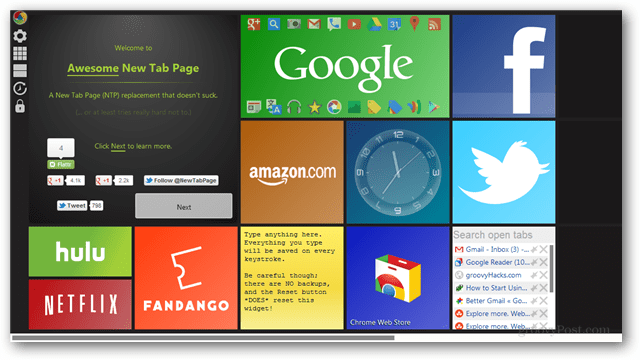 Following install, the first thing I noticed was that Awesome New Tab Page allows you to set a full-page background of your choice for the entire window. I wasn’t really a fan of using wallpapers and backgrounds before, but it is really nice to have one on this particular page in Chrome. 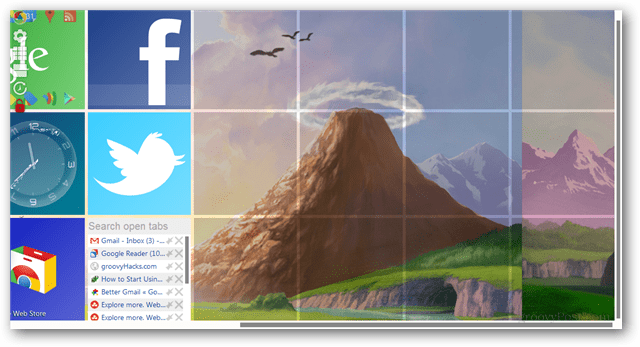 If you use Chrome apps, they can be added in from the apps button. Unlike widgets, most Chrome apps are just nothing more than glorified links to websites that run webapps. 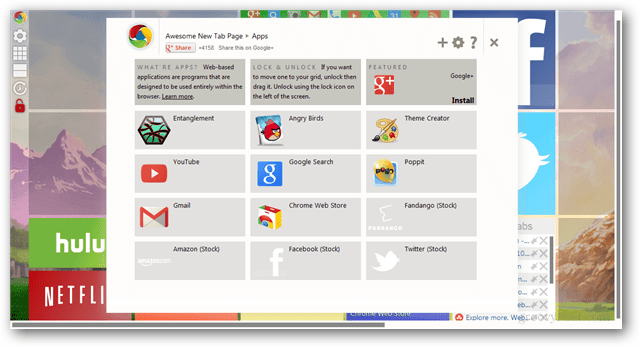 Widgets run pretty smoothly, and they can be installed from the Chrome Web Store. In the screenshot below, I have several of them running, including weather, notepad, calculator, tab manager, and Reddit (of course). The widgets remind me a lot of what you would find on Android. 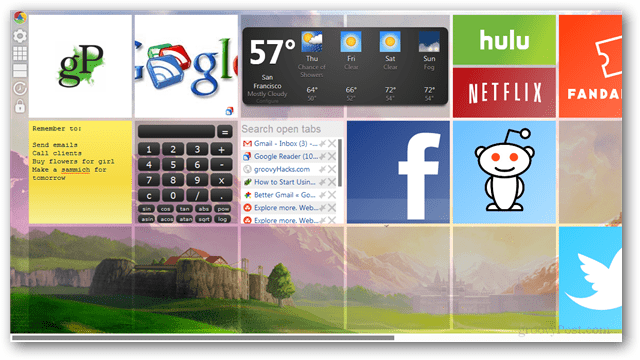 Sites have to be added in to tiles manually, which is OK because I love that everything is so customizable. You can change whether the site name is displayed, change the icon, change the background, adjust the URL and pick which specific tile it goes to. 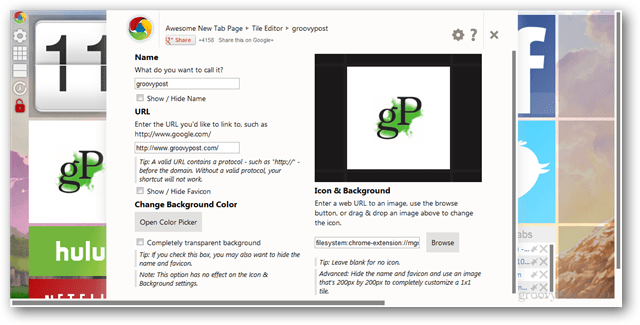 Does Awesome New Tab Page live up to it’s name? I think so. But you should make that call yourself. Try it out for free from the Chrome Web Store.