If you’re old enough to remember the days of arcade rooms, you’ll love the Atari Arcade. It lets you play the classic titles you grew up with through your browser.

Update: This site has been discontinued and is no longer available. You can still check out Atari fun at its homepage.

To commemorate the 40th anniversary of Atari, the online version of the Atari Arcade was launched. The games run on any browser that supports HTML5, so essentially any modern version of Chrome, Firefox, or Safari. Then, if you want a completely ad-free experience, then you’ll want to fire up Internet Explorer.

Go to the Atari Online Arcade and check out the stack of titles that are available to play. Several of the most popular titles are available like Centipede, Combat, Asteroids, Missile Command, Yars’ Revenge, and my personal favorite — Super Breakout!

I was able to play it on different Windows systems with IE 8 through the modern-UI version of IE 10 on my Surface RT. 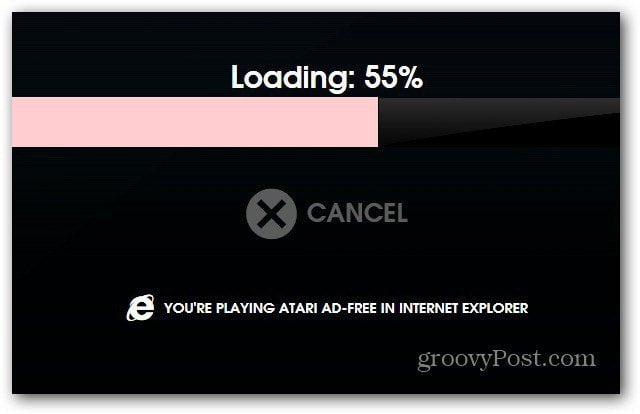 Most of the games are playable on a PC with just your keyboard and mouse. If you’re running a Windows 8 touch-enabled device, your finger is the controller. Here’s an example of playing Missile Command and how it looks. 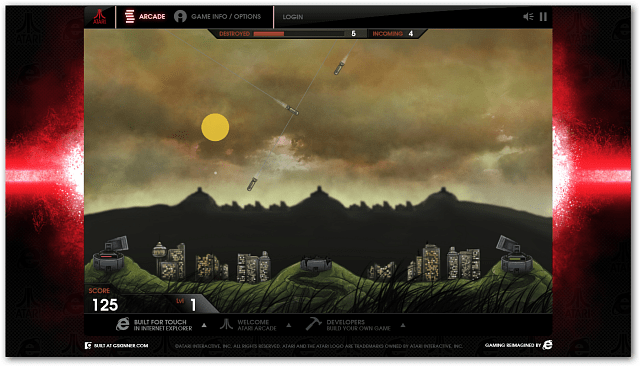 Other browsers will display ads like the example below. The games still play great in either of the browsers, but if you don’t want to deal with ads, IE is the way to go. 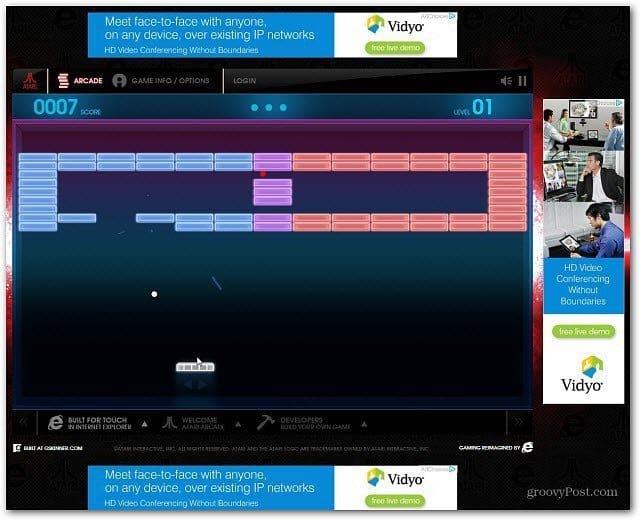 Here I’m playing Centipede on an iPad which is really fun. It gives you a virtual joystick and fire button. Of course it did make me watch a 15 second ad before I could play. 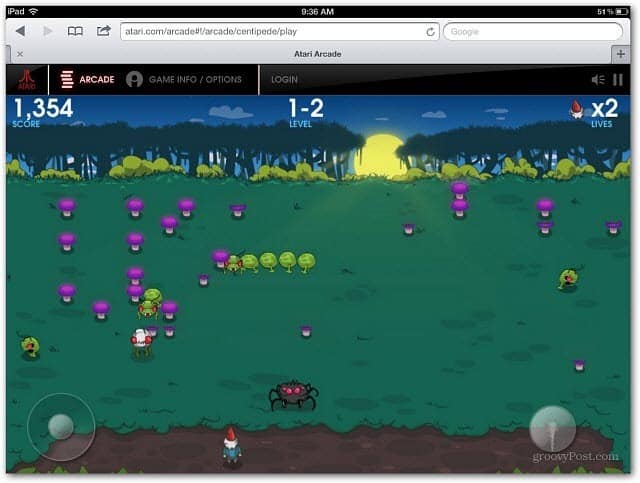 It’s great to see these classic games rocking online via today’s HTML 5 standard. The gameplay is very fluid and the enhanced graphics are what you imagined when you looked at the game cover. If you’re a game developer, the site includes a section for you to build and submit your games.

What About E.T. The Extra Terrestrial for the 2600?

One of the games I would have loved to see on here is E.T. If you remember, they rushed that game out for the Atari 2600 to coincide with the blockbuster film. Unfortunately for the game, it was the ugliest, unplayable thing ever created for the console. Apparently, the company was left sitting with 3.5 million cartridges.

Now, a Canadian film crew is going to dig them up from a landfill in Alamogordo, New Mexico, and produce a documentary out of it to mark the 30 year anniversary of the 1983 burial. And, that concludes my weekend teaching of useless, but interesting, Atari 2600 trivia.

Simply put: If you wasted all of your allowance money every week at the arcade, or had the original 2600 or what I had — the black and silver Atari 2600 Jr. (released in 1984)– then definitely check out the Atari Arcade and relive your youth! Wait, I might be dating myself there a bit huh?