The update is available for the second and third generation of the set top box. If you’ve never updated it before, check out this guide on how to update your Apple TV. 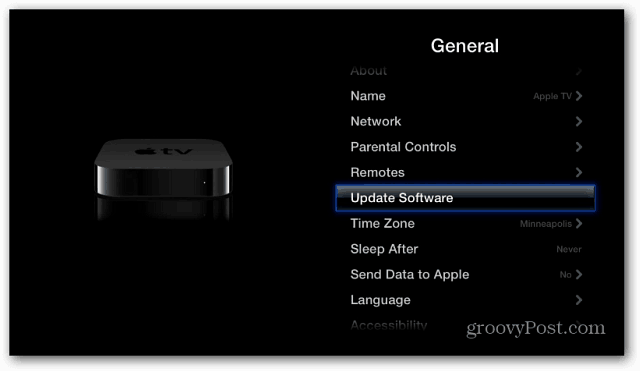 I have a jailbroken Apple TV 2, and didn’t see the update. If you’ve jailbroken your Apple TV you might not want to grab this update because you’ll need to jailbreak it again if you want features like XBMC.

You should be able to get the update by restoring it to factory settings. When you restore it, the new update will be downloaded as well. 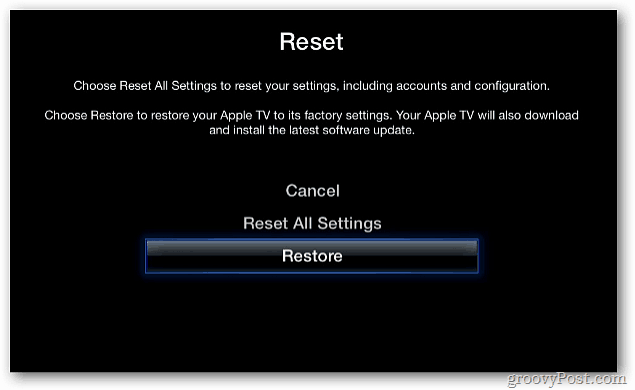 Another method is to update it via iTunes by connecting it directly to your Mac or PC with a microUSB cable. This is what I did to update mine. 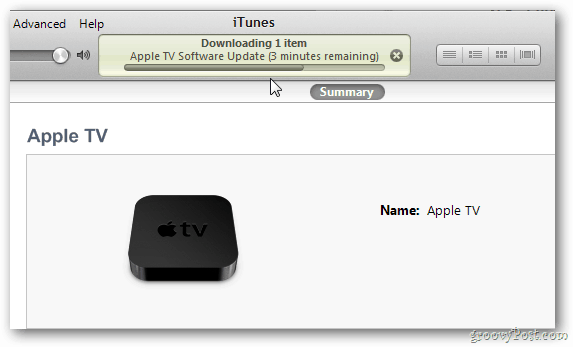 If you update directly from the device, after it’s installed, you’ll get a splash screen showing the new features. It lists Hulu Plus as new, but it was actually added last month. 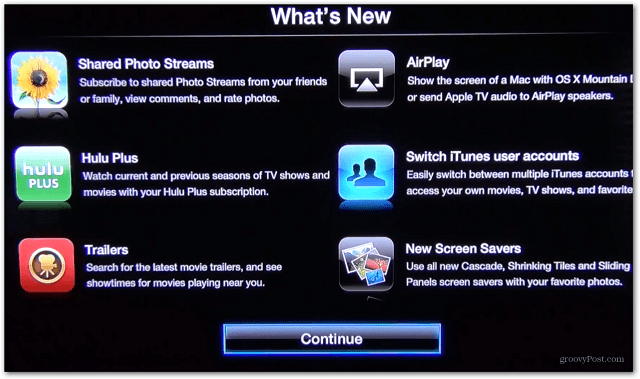 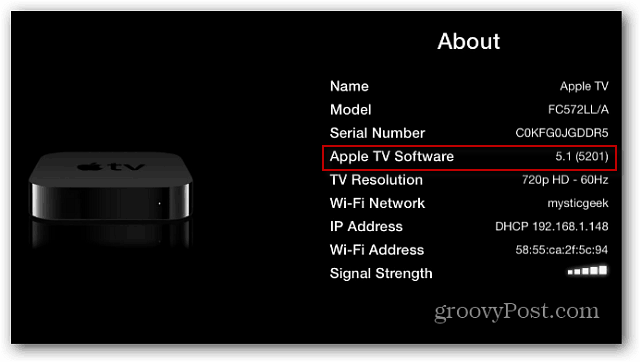 The update brings some groovy new features to the table. Here’s a look at some of what you can expect starting with Shared Photo Streams. This feature was introduced last week in iOS 6 and its now compatible with the Apple TV. This lets you share a Photo Stream with your contacts that have an Apple ID. 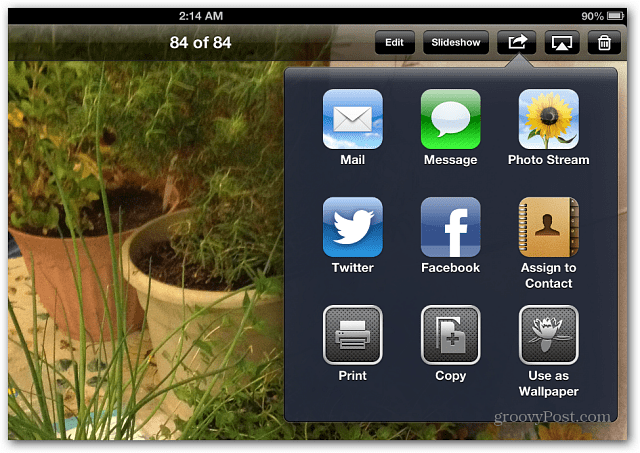 After sharing a photo album, your contact will see a Push Notification on the Photo Stream icon and they can go in and view it. 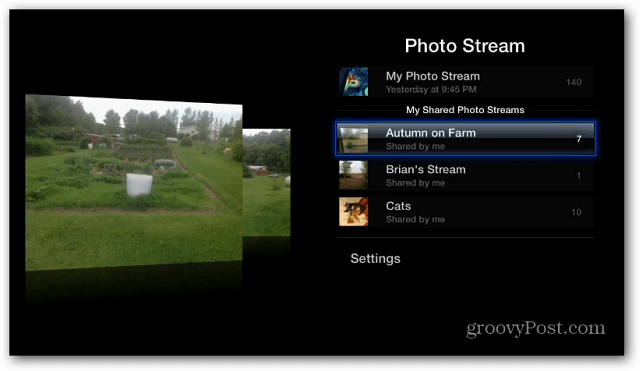 The AirPlay update lets you send audio from the Apple TV to AirPlay enabled speakers, AirPort Express and even other Apple TVs. It also includes a setting to require an onscreen code to use it. 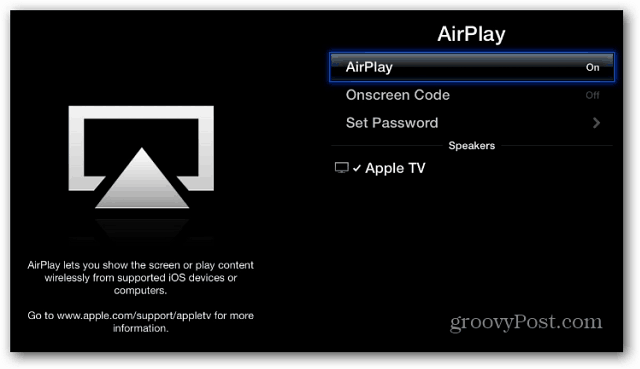 Another really cool feature – already available on Roku – is the ability to arrange the icons on the main menu. Select an app icon, hold down the Select button on the remote until the icon wiggles and move it. Then press the Select button again. You can’t move the top row of iTunes icons though.

New Screen Savers have been added as well. They include Cascade, Shrinking Tiles and Sliding Panels. 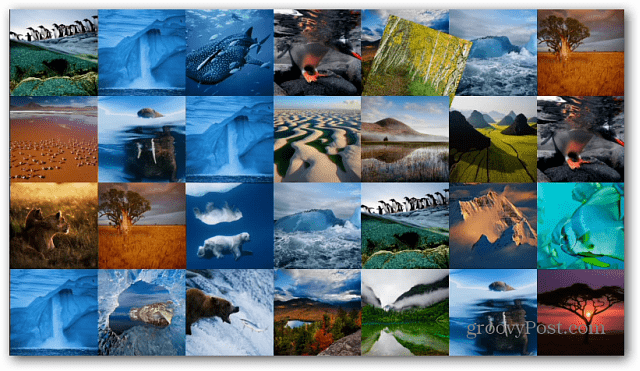 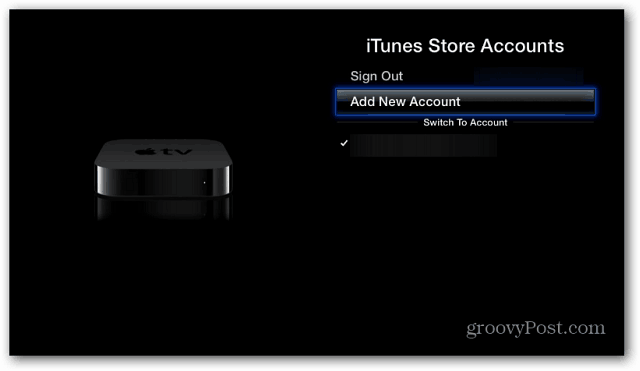 Trailers has been updated to include Search and find show times at your local theaters. If you use the Trailers app on your iPad, check out how to make them always play in 1080p HD resolution. 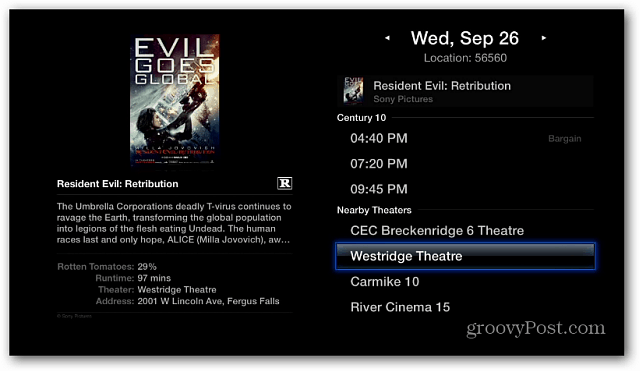 While Apple removed its YouTube app in iOS 6 for the iPhone, iPad and iPod touch, YouTube has not been removed from Apple TV. 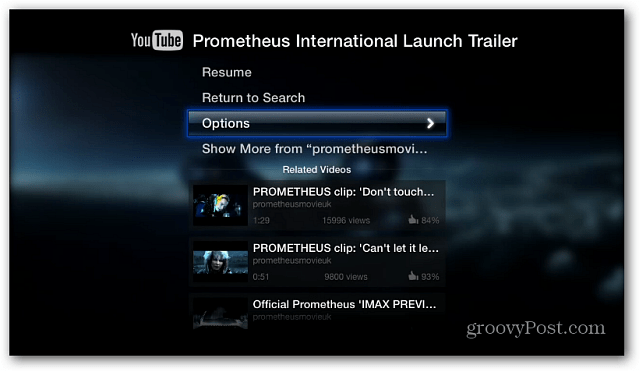