Apple has finally improved iTunes — and it’s about time. I’ve spent a solid week with iTunes 11 and here’s what you can expect.

It’s about time Apple cleans up iTunes. The company had done exactly that with its version of iTunes 11.

For most of us, it’s the hub where all of our iOS device management happens, so it’s important that it’s clean and functional. I have a suspicion that Apple always knew that. Perhaps they just didn’t know how to do it cleanly, or without completely distracting the user with a huge visual overhaul, which can also work against them.

iTunes has been so completely revamped, that the first screen is meant to introduce you to the new interface. 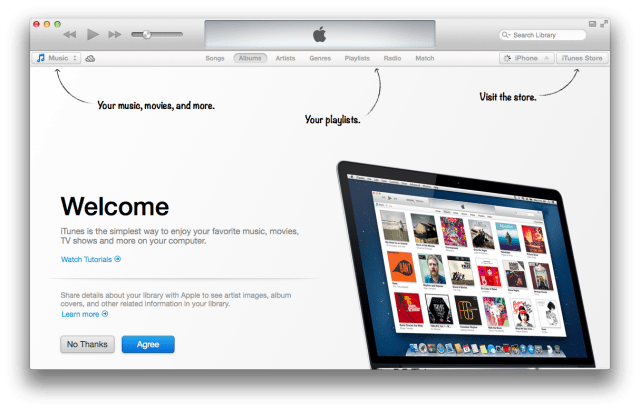 I didn’t like iTunes in its previous forms. It was messy, and it was clunky. I’ve written about it in the past, and it’s hard to fault Apple completely. They turned what used to be a simple, no-nonsense music player into a full-on storefront and media hub for your iOS devices. It’s where you manage all of your iTunes purchases on all devices. It’s bound to become a beast of an application.

That’s being fixed, or at the very least, streamlined, in iTunes 11. One quick glance at the software shows you that the interface changed in one update much more than it has in the past several years combined. 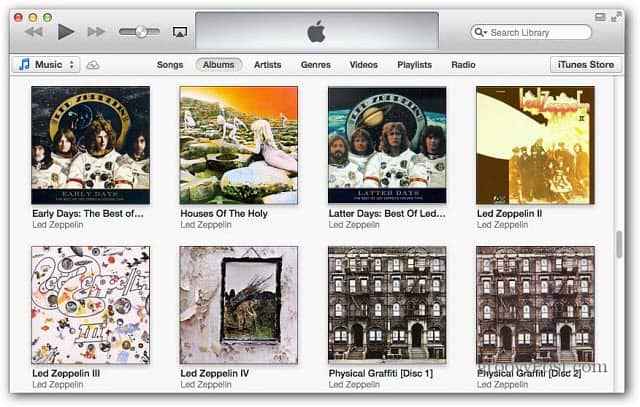 You can easily manage your devices from iTunes, it’s less about menus and sub-menus and more about icons. It definitely takes a cue from iOS, and it could almost work with a touch-based interface. Arguably, anything could, but this happens to lend itself well to the idea because of the large icons and easy navigation.

The list view is still there, and that’s my preferred layout. Still, the view with the album covers that was introduced in iTunes 10 wasn’t quite as pretty as I’d have liked. I always turned it off. I can tolerate it in this version, and actually prefer it in cases where I am listening to just a single artist or band.

Also great are the “Play Next” and “Add To Up Next” options. It’s something that should have been included years ago, honestly. It’s something that no music player should be without at this point, and the fact that iTunes didn’t offer it was a bit embarrassing. It’s there now, and it works well. Furthermore, it will playback tracks that aren’t stored locally. It does so via iCloud. I tested it out, and found that if I added a track that wasn’t on my computer to my “Play Next” list, it simply streamed the song with no stops. Obviously, you must have a stable internet connection for this to work. 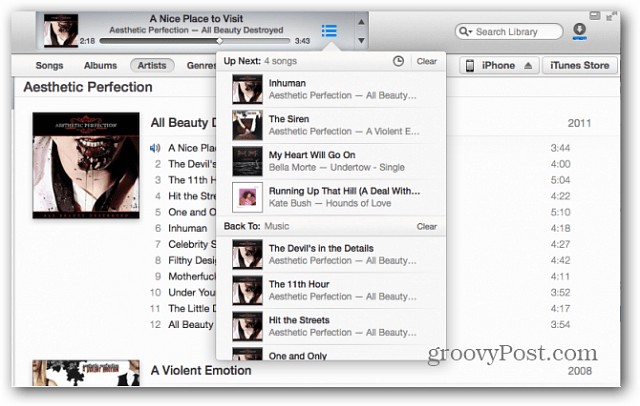 MacBook Air lovers will also love the fact that it can play movies and TV shows you own by streaming direct to the computer. The limited storage capacity of a MacBook Air quickly becomes a problem if you want to download movies. So long as you are connected to the internet, you don’t have to worry about a download, you simply stream it. Of course, if you plan on traveling, you may want to store locally, but the iPad is usually good for that. 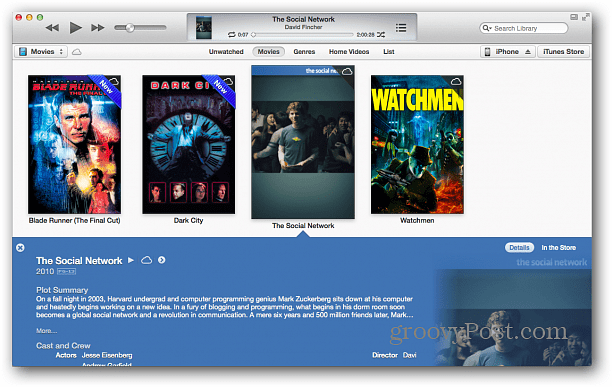 Ping is gone. Poor Ping. I didn’t use it all, and apparently neither did anyone else. Still, it shows that Apple is not afraid to kill its babies if they aren’t working out. It’s gone, and so is another unnecessary menu item.

Even the iTunes store has received an overhaul. In all honesty, I wasn’t fond of that before release, then I got to try it out. It works, and it feels more like what we are used to on our iPad and iPhones. Again, this is probably the biggest change we’ve seen to iTunes and the iTunes Store in several years.

Overall, this is the most welcomed update to iTunes and the store I’ve seen in ages. In the past, they were either slight, or felt unnecessary — again, picking on you, Ping. It’s great to see iTunes finally feel useful again, and I’d be happy if it stayed in it’s current form for the foreseeable future. Of course updates will be necessary as Apple’s ecosystem evolves, but for now it does what we need it to, and it does it better than it did before.

I’m interested in what you think of the the new version of iTunes. Leave a comment and let us know.