Are you an Android user looking for a fun free game for your device? Check out Jetpack Joyride. Similar to Temple Run, but flying instead of running.

Are you an Android user looking for a free fun game to ease you into the weekend? If you haven’t heard of Jetpack Joyride yet, it’s the popular game which used to be available exclusively in the Amazon App Store for Android. It was recently released in Google Play, and Android users outside the US can now enjoy the ride. 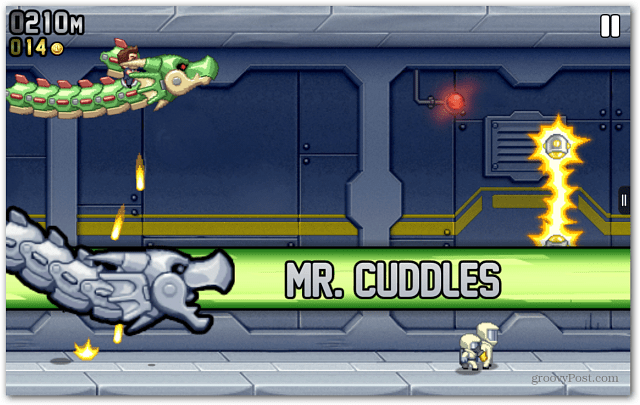 Jetpack Joyride is an arcade running (or in this case, flying) game similar to the likes of Temple Run. The hero of the game, Barry Steakfries, is propelled by tapping on the screen once or several times depending on how high you want him to go. With game controls this simple, it’s hard not to play over and over again.

The object of the game is to steer your way through a laboratory riding a jetpack, making sure to avoid getting zapped by electric rods while collecting coins and tokens along the way. Coins are used to purchase items from The Stash which is basically a store for buying more powerful jetpacks, vehicle upgrades, and cool shoes and accessories. Tokens are for spinning a slot machine by the end of each round. Prizes include getting a 750-meter head start, a second life, or 100 extra coins. 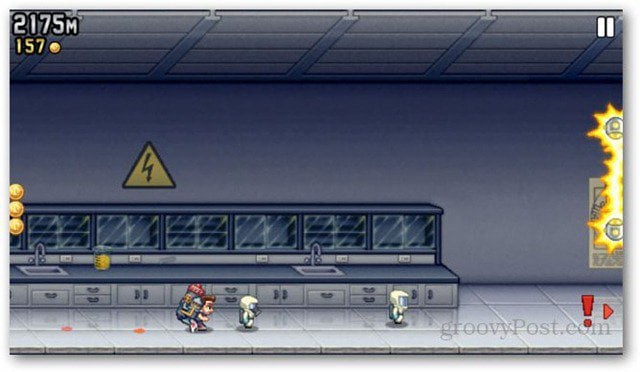 Other vehicles are also available – these range from motorcycles, dragons, an airplane shaped like a bird, and teleporters. When you get hit by missiles or electric poles, these vehicles are destroyed, and you go back to the default jetpack.

Some vehicles are cool to have – I like the dragon and teleporter – but some may actually do more harm than good if you’re using them for the first time. For example, the Profit Bird doesn’t fly as high as I would want to, so you get zapped or bombed easily on low flight. 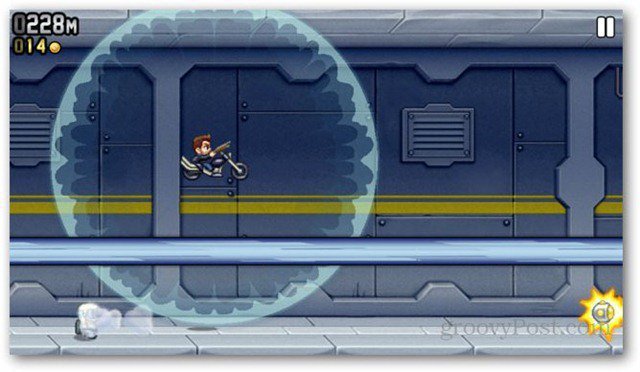 The game presents the player with missions – get x number of coins, get x number of tokens, etc. – and it’s up to you to deliberately play a game with accomplishing a mission in mind, or just play and let the mission complete as a side result. Completing missions increase your player level, which is rewarded by unlocked Stash items, and bonus coins. 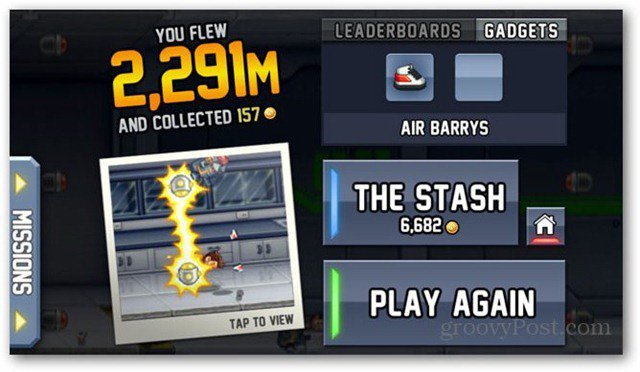 The game’s graphics are not the best out there, but the fluid performance more than makes up for it. Clever and funny game design (with vehicle names like Crazy Freakin’ Teleporter) add to the game’s charm. Sound effects are a great addition for that arcade feel.

High scores are the main motivator of this game, so it’s basically just a matter of playing repeatedly, hoping to walk or fly the most distance to break your current record. This is great because although there are upgrades and power-ups available, you are not entirely dependent on them. You can still keep trying even without those perks – although it might take some time and more effort. Nevertheless, the game does give you a lot of chances to go the farthest that you can go, even helping you out along the way. 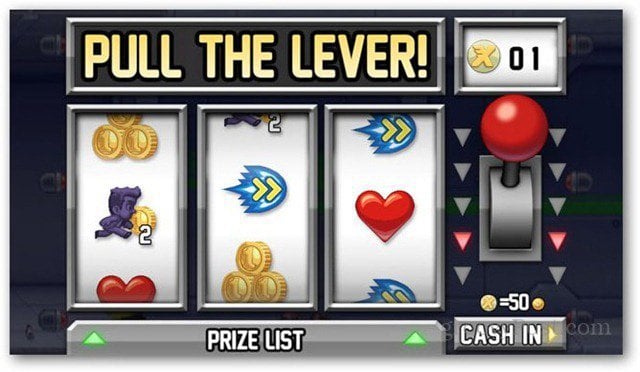 Despite its many similar counterparts, Jetpack Joyride somehow feels unique, and is a fun way to pass the time. Android users get exclusivity to the game though, it’s also available for the iPhone