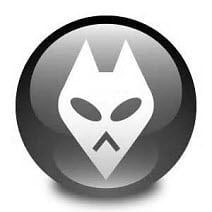 If you’re looking for a quality iTunes alternative that allows you to play far more music file formats, and customize to your hearts content, Foobar2000 is an incredible free solution! 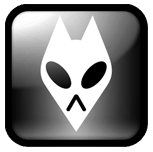 Here it is – foobar2000. A great music player as well as a great MP3 tagging tool. It’s well known as a very-well functioning music player, and its best perk is perhaps the low RAM and CPU usage. This makes it great for just about any type of computer (from a Intel Atom Netbook to a smacking 8-core desktop setup). We took an look at it earlier and an iTunes alternative, and here’s a more in-depth review.

As we mentioned in our previous article, foobar2000 is completely free, which only adds up to its total awesomeness. You can download it from the official foobar2000 website.

There are a few thing that could be mentioned while installing foobar. Below you can see the first installation step, from which you can choose between a portable install, or a full install of the application – great if you keep a thumb drive full of portable apps and you’d like to add foobar to your collection. 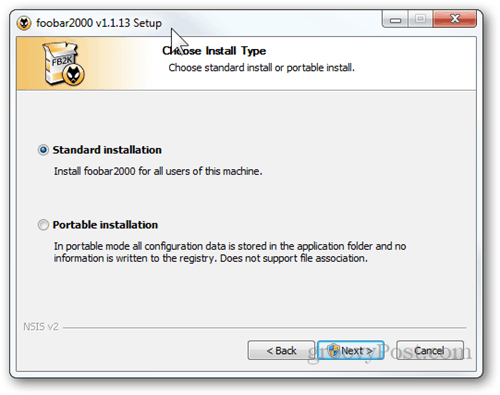 If you’re going with a Standard Install, however, I would advise you to choose the “Full Install” on the third setup step. In terms of size, the full install is only about 2.0 MB larger than the standard one, but still adds some useful features which you may want to use, such as the freedb Tagger and the File Operations feature. 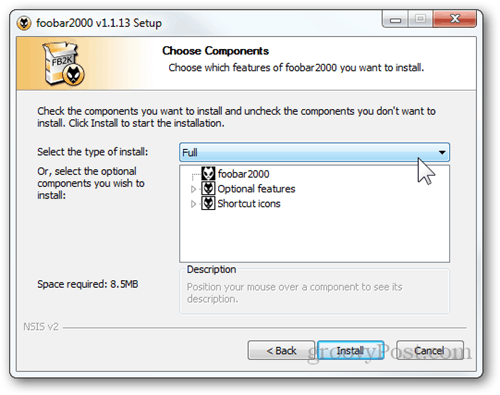 Foobar is not just your regular music player. In addition to the regular MP3, MP4, AAC and WMA file formats, foobar2000 can also play you any FLAC, WAV, AIFF, AU or SN file types. The best part is that it can even support more formats as long as you simply download the required format component from foobar’s Component Database. For example, if you need to play an APE file, all you need is the Monkey’s Audio Decoder. Download, install, and you’re ready to go.

As for other factors, such as music quality, read/write speeds, playback performance and so on, it is needless to say that foobar2000 easily gets an A+ on all these categories. 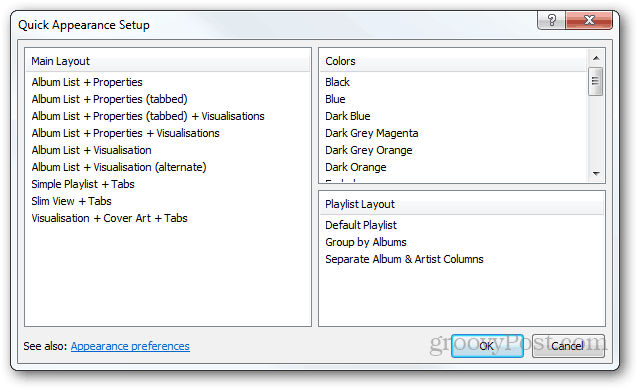 Unlike other players, foobar lets you rearrange UI elements to make the player truly fit your style. If you don’t feel like customizing the looks and just want to play your tracks right away, you are presented with a few preset layouts upon the first run after installing.

Above are just a few examples of the different ways you can arrange all of your UI elements and choose some of the built-in color schemes, but if you take a look online you will definitely see that the possibilities go far beyond just a few variations and colors: 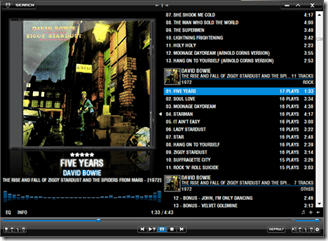 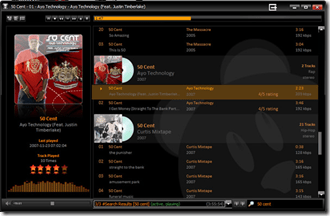 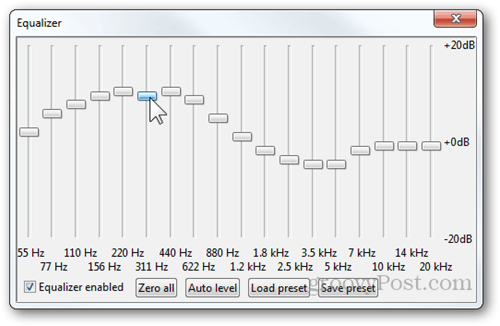 Foobar packs a few useful features which any music addict would love. One of them is the equalizer, which allows you to use not just five or ten bars like in other players, but 17 bars to truly adjust the playback to what you want to hear. You can save or load presets to create different equalizer settings for each Genre or Artist and in addition, you also have a 18th bar, from which you can decrease or increase the decibels.

So go ahead and increase those decibels to 20+ dB and play some Dubstep and D&B! You know, just in case your $799 sound system isn’t annoying the neighbors already! 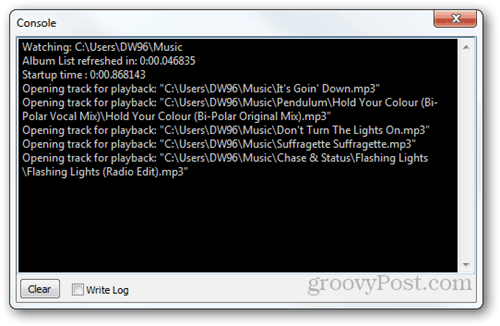 For the true geek inside all of us, there’s a small window which the creators of foobar have called Console. You can’t really input any playback commands by text, but look on the bright side – slam that “Write Log” checkbox and you’ll have a full log of what you’ve been doing with foobar – it’s a feature which I personally really like. 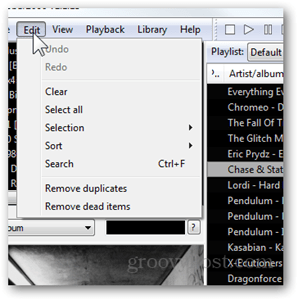 The Edit menu from the top bar nicely surprises with two, not very demanded, but incredibly useful features. You can remove duplicates, as well as remove “dead” items – songs that can no longer be found, that are corrupted, that do not open properly and more. It’s certainly one of those small things that makes a difference.

Let’s recap – a player that is free, works both installed and portable, can be customized with tens of thousands of skins, supports a variety of different formats, plays video as well as audio, spares your CPU and RAM and packs a great equalizer. Oh – and I almost forgot – it’s also a great MP3 tagger. All that in less than 10 MB. Could it get any better than this? Probably not. And that’s exactly why foobar2000 is truly awesome and allows you to indulge into your music.