YouTube Space Lab has started performing the experiments of its winning contestants in zero gravity. The contest started last October and now we’re seeing the results.

YouTube and Lenovo paired up to beckon students from around the globe to join a space science experiment competition. The top two individuals or teams that could develop the best experiment to perform aboard the International Space Station would receive some groovy prizes. The results are in, and you can watch the competition video.

Eighteen-year-old Amr Mohamed came up with the idea of observing spiders catch prey in zero gravity to answer the question, “Can you teach an old spider new tricks?” Being of age, Amr immediately engaged in cosmonaut training in Star City, Russia, as part of the prize.

The other winner was a team of two 16-year-olds, Dorthy Chen and Sara Ma. They were curious to understand how bacterial growth worked in zero gravity. Being under 18, they opted in for the Japanese rocket launch experience for their grand prize. 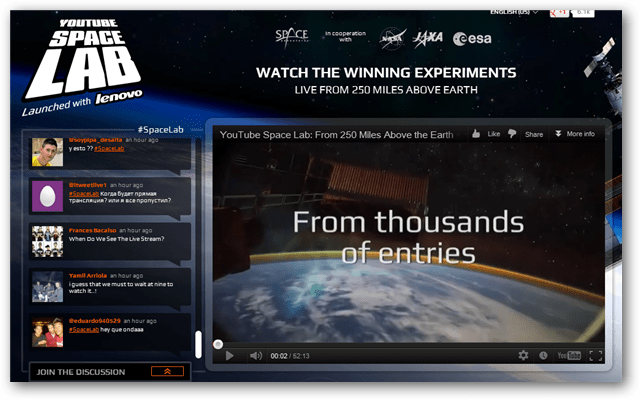 The live broadcast featuring the experiments was hosted by the one, and only Bill Nye, The Science Guy — check out the video here.