Privacy is becoming a serious concern these days and YouTube’s face blurring could make things a bit better from this point of view.

YouTube has announced a new feature, allowing users uploading videos to blur faces in said videos. The feature, announced recently in a blog post, can be very useful for protecting identities of protesters, for example. 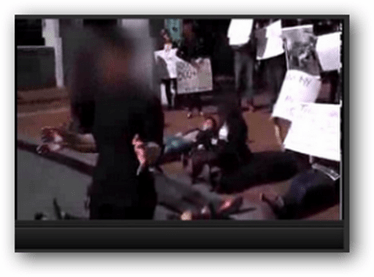 Protesters could very well be identified via a YouTube video and really bad things could happen to them. Or maybe you just want to post a video of yourself doing something idiotic and you don’t want your co-workers to know it’s you.

This new feature could be quite useful. It’s not yet available on all accounts, as far as I can see, but it should be real soon.

Using the new feature is easy. After you’ve uploaded your video, wait for the video to be processed. After the upload is done, go to Video Manager by clicking the arrow next to your username on the top right side. 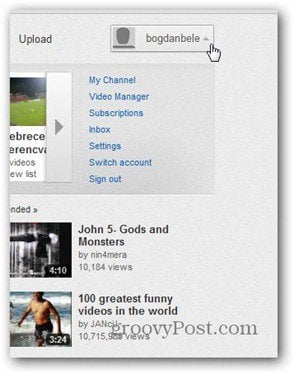 Once the video is uploaded, click the arrow next to Edit and then Enhancements. 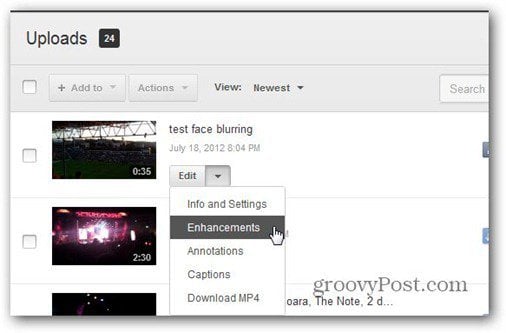 Now, if the feature is already available, you should have a new Additional features button below the video. The option to Blur All Faces, when Applied, will do just what you wanted. 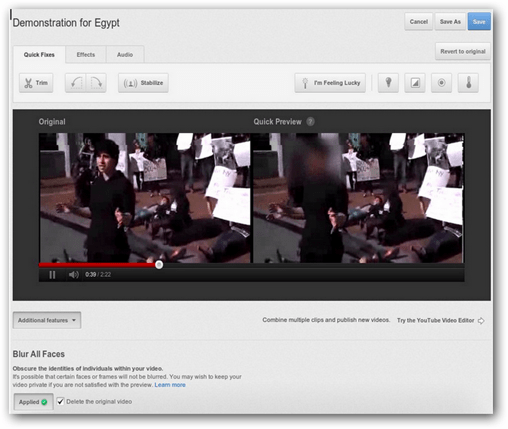 YouTube does warn users, though, that the technology is an emerging one and might not work correctly every time. So you should check the video anyway before making it public.

I think it has the potential to be a very useful feature in some cases.

And speaking of security, here’s how to encrypt your system disk.