Jack Ma wants Yahoo. He wants it bad. He also wants to buy back Yahoo’s 40 percent stake in his Alibaba Group, owner of Yahoo China and a myriad of B2B and e-commerce sites. But why?

Why buy a floundering former search giant? The answer is: Ma has a mobile OS, now a second rev of a Tegra2 based smartphone and, reportedly, a cloud-based tablet due in November. The goal, and we’re not taking a huge leap here, would be to transform Yahoo into a global company, ala Google, that does hardware, software, operating systems, e-commerce, you name it. I suppose a social network is next.

What we are seeing now is the big players — Google, Microsoft, Apple and, yes, Yahoo with Alibaba, making a go for owning a whole, global Internet experience. Sounds ambitious. But not unlikely.

Last week Ma, a Fortune-listed billionaire worth approximately 1.7 billion, told an audience at AllThingsD in Asia what is apparently half of the story.

Ma says he is now waiting for Yahoo’s next move. If he wants it badly enough, he will counter the counter and get it. Fascinating, considering that Ma, at a speech last month at Stanford University, told the audience that “he owned China” and paying wouldn’t be an issue.

And Ma, worth about $1.6 billion according to the most recent Forbes Billionaires list, is uniquely positioned to make that happen.

Alibaba Group and its affiliated entities now have more than 22,000 employees across some 70 cities and regions, including China, Hong Kong, India, Japan, Korea, Taiwan, the United Kingdom, and the United States. 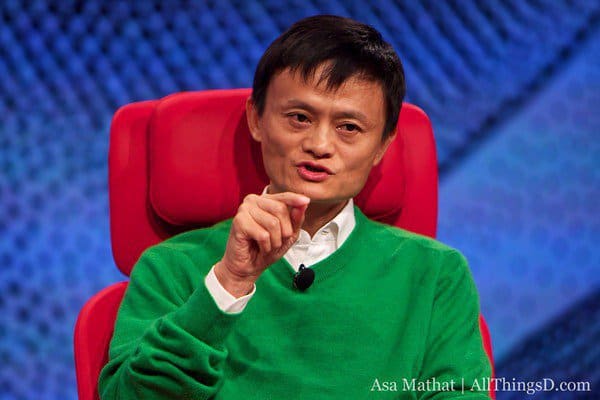 Alibaba Group and its affiliates include:

For more info on what Ma plans for the future of his new Aliyun OS, the mobile OS behind the second version of the Aliyun smartphone unveiled today, check out this translated piece from Chinese news outlet xinhuanet.

Check out the highlights from the All Things D interview with Jack ma.