Microsoft has officially announced Xbox Music, a music service that plans to compete with iTunes and other steaming services like Spotify and Pandora.

Microsoft has officially announced the imminent release of Xbox Music, a music service that plans to compete with Apple’s iTunes and other streaming services like Spotify and Pandora. 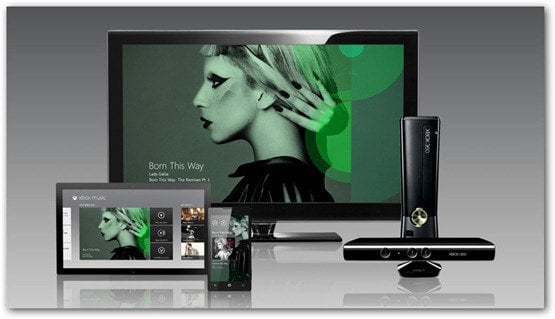 Tomorrow it rolls out to Xbox 360 users who have a Gold subscription. The service will offer ad free streaming to users for the first 60 days.In its press release on Sunday evening, Microsoft announced the service will offer  millions of tracks that will be available on every Windows 8 device — PCs, Windows RT tablets and Windows 8 phone.

Xbox Music will be pre-installed on all versions Windows 8 which is available to everyone on October 26. You’ll be able to stream songs, create playlists, download tracks and includes a Pandora like radio option. Free ad supported streaming is free but only on Windows 8.

There is a catch though. Free streaming will be limited to only 10 hours after 6 months. And if you’re using Windows 7, the service will remain Zune Music and you won’t have access to the Xbox Music service’s new features.

The grooviest feature is the Xbox Music Pass. This allows you unlimited and ad-free access to music streaming and syncing across your Windows 8 Phone, tablet, PC and Xbox 360 console for $ 9.99 a month. It also includes offline access approximately 70,000 music videos too.

Here’s a look at the new features from the Press Release: