If you’re an Xbox 360 user but don’t have an Xbox Live Gold subscription, this weekend Microsoft is giving you a chance to check out what you’re missing for free.

If you’re an Xbox 360 user but don’t have an Xbox Live Gold subscription, this weekend Microsoft is giving you a chance to check out what you’re missing for free. From October 4th – 6th the company is unlocking the Gold membership to everyone.

Since you’ll be able to access all of the Gold features, you should be able to download this month’s free game. The company started offering free games back in June when it announced the next gen console, the Xbox One. A new game is available on the 1st and 16th of each month. It looks like the current free one is Might in Magic: Clash of the Heroes, in the US anyway. 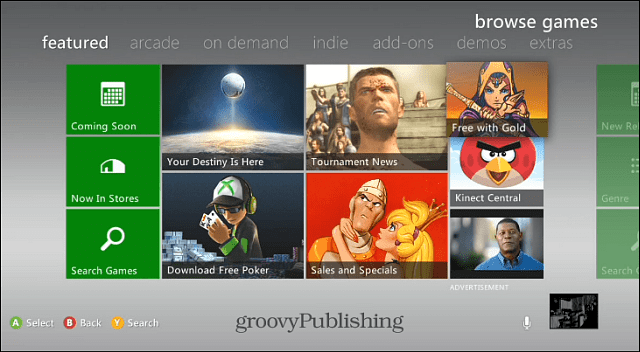 The games are large downloads – usually several gigabytes – so if you have the 4GB slim console and need more room, check out how to add a 16GB flash drive for additional storage space.

You’d think having a Live Gold subscription is mandatory for Xbox owners as it’s needed to access a majority of the coolness of the console. But if you don’t have one, check it out this weekend for free. According to a post on Xbox Wire, the Gold Live subscription will be unlocked in the following countries:

If your region isn’t in that list, Microsoft is offering the same thing in Argentine, Brazil, Chile, Colombia and Mexico from October 11th – 14th and in Japan on November 7th – 10th.