Microsoft is hoping that 2013 will be the year it finally takes over your living, if a 56-page leaked document detailing the Redmond monster’s plans is to be believed.

Microsoft is hoping that 2013 will be the year it finally takes over your living, if a 56-page leaked document detailing the Redmond monster’s plans is to be believed. 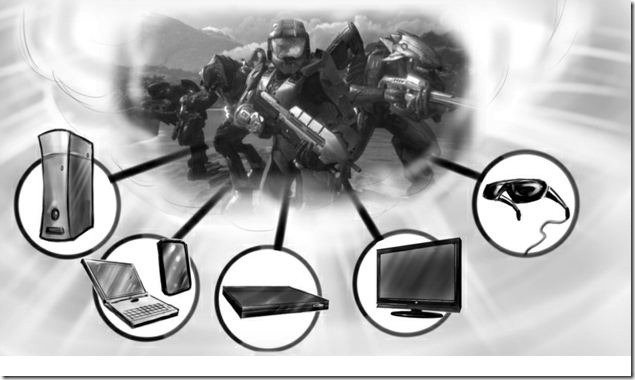 The outline of future Xbox console plans includes references to SmartGlass, which was announced at E3 this month, as well as an update to the Kinect and Project Fortaleza, which seems to be the MS take on Google’s Project Glass – 4G and WiFi-enabled glasses that add an augmented reality component. Also discussed are a Metro dashboard for the console and Xbox TV apps.

The leaked document was posted on Scribd for a while, but has since been pulled. The Verge was able to take down some of the details on specs from the document before it was pulled:

Alongside a promised 6x performance increase, there’s also mention of true 1080p output with full 3D support and an “always on” state for the console. A slide on core hardware indicates that the next Xbox will be designed to be scalable in the number of CPU cores and their frequencies. Microsoft appears to have been debating whether to use six or eight ARM or x86 cores clocked at 2GHz each with 4GB of DDR4 memory alongside three PPC cores clocked at 3.2GHz each for backwards compatibility with existing Xbox 360 titles.

Microsoft has an apparent tablet event and the Windows Phone summit coming up this month, but we’re not likely to see any official announcements about the next Xbox, often referred to as the “720,” for months. It’s also worth noting that the leaked document appears to be from 2010, leaving plenty of time in the interim for these plans to shift.