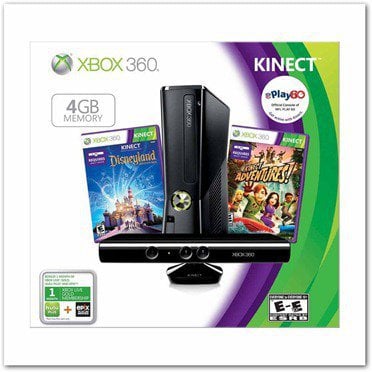 Amazon has an XBOX 360 Black Friday Deal they call the Kinect Holiday Value Bundle. It includes the Kinect Sensor, two games a controller and more.

An Xbox 360 Black Friday deal was something I couldn’t imagine the annual shopping spree without. Amazon has an intriguing offer for the 4GB Xbox 360, with the Kinect Holiday Value Bundle.

Aloong the Xbox 360 console, you get the Kinect Holiday Value Bundle, which includes the Kinect Sensor, as well as two games – Kinect: Disneyland Adventures and Kinect Adventures. An Xbox 360 wireless controller is also included.

Also, according to the image attached to the deal on Amazon, you also get a month of Xbox Live Gold, Hulu Plus and Epix membership. It appears the deal will continue over the weekend.

The deal is accessible here.