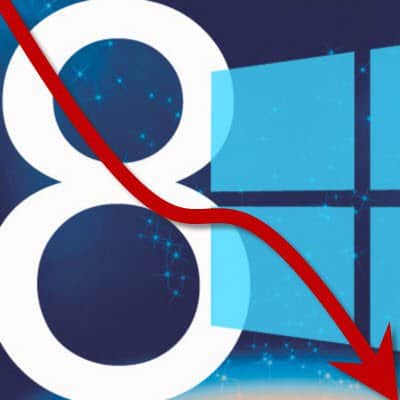 A recent report shows that Windows 8 has slow growth and almost zero ad revenue for apps relying on it. Does this mark a bad future for Microsoft’s latest OS?

Are you an app developer or mobile user looking at Windows 8? If so, you may want to prepare for a huge decline in free ad-supported apps. In a recent report from ITworld it is said that Microsoft is has pulled out all financial support for in-app advertisements across the platform as of April 1st, 2013.

In the report two separate developer forums are cited that indicate ad revenue has taken a severe nosedive and the most likely explanation is Microsoft pulling out all of its Bing advertisements. Is this a sign that Microsoft is no longer willing to subsidize development on its new store platform? Further, one developer reported that only 0.3% of his ad requests were being fulfilled; more than 99% of every impression on the Windows 8 app that was supposed to be served an ad, was not. Apparently advertisers are not very interested in the Windows 8 platform.

According to a report last month from Extremetech Windows 8 is only at about 5% of the operating system market share, and with slow growth. But, this still turns out to be a substantial amount of users at roughly 25 million. So with nobody buying ads, does this mean that it could be a good time to head over to Microsoft’s pubCenter and pick them up on the cheap?