Microsoft released a major SkyDrive update for its desktop and mobile apps yesterday. Huge updates for the desktop app for Windows 7 and 8 and Android.

Microsoft announced a major update for its SkyDrive desktop application for Windows 8 and Windows 7 yesterday. Two long awaited features were added: Selective Sync and easier file and folder sharing from Explorer. The mobile apps for Android and Windows Phone 8 were updated as well.

If you already have SkyDrive for desktop installed on your system, it will be automatically updated within 48 hours according to the Inside SkyDrive blog post. If you can’t wait to get the new features, it’s available for download now.

Log into your SkyDrive on the web, and click Get SkyDrive Apps in the lower left corner of the screen.

Or you can download it directly from the SkyDrive Apps site. 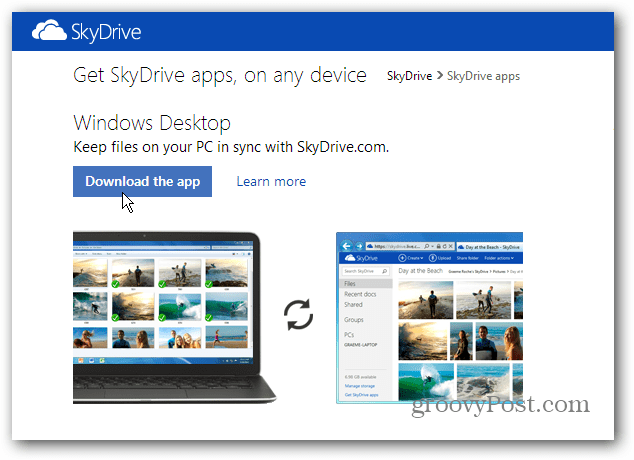 Selective Sync: Previously, syncing your SkyDrive content on your PC was an all or nothing deal. You had to sync everything in your SkyDrive with your PC. So, if you were grandfathered in with the original 25GB of storage or paid for more space, it was a pain if you wanted to sync data on a system with limited hard drive space.

Now your able to go in and choose which folders you want to sync to each PC you have set up with SkyDrive. This is a huge improvement for the service. 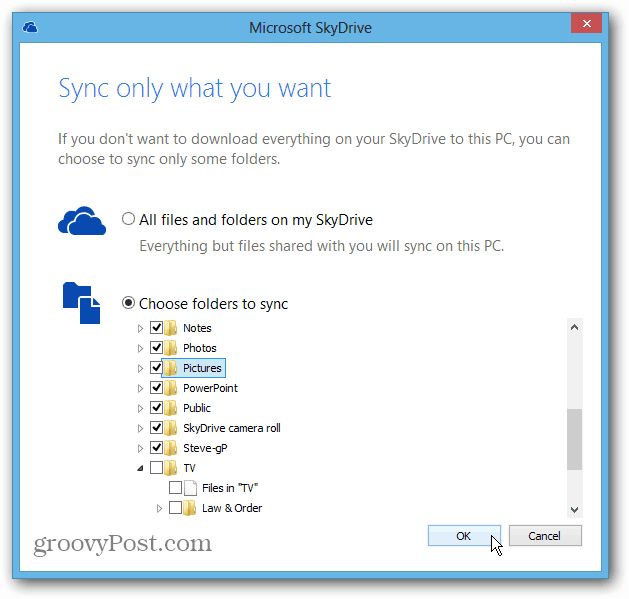 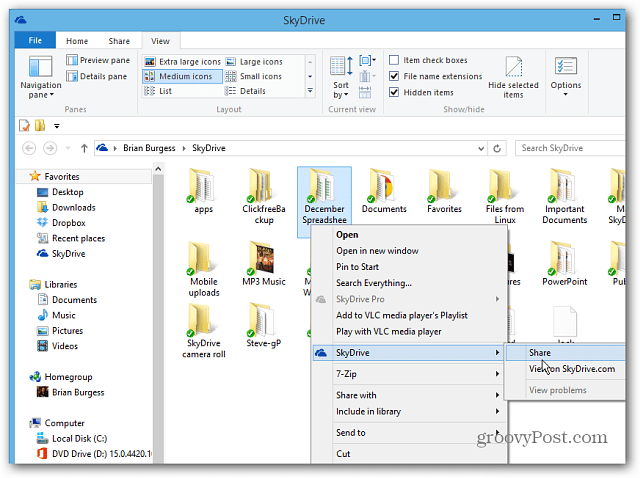 The SkyDrive app for Android update allows you to upload all file types from the SD card, rename files and folders and custom sort views. 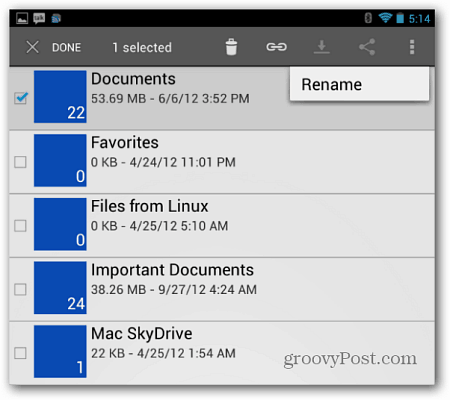 The Windows Phone 8 app provides better performance, search and photo upload abilities. But no word yet on an update to SkyDrive for iOS or Mac version yet.

Remember, this update is for the SkyDrive desktop program and not the Windows 8 metro-style UI version. These new features have been anticipated for quite some time, and makes using the service much easier. This is a major and under reported update – detailed how to articles coming soon.