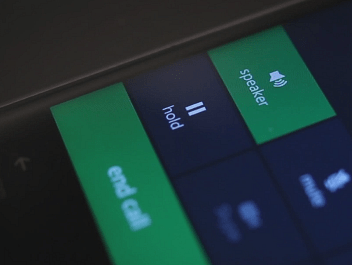 Microsoft launched a new app for Lumia brand phones called Gestures Beta. It allows you to control some functions without having to touch the display.

Microsoft launched a cool new app for Windows Phone this week called Gestures Beta. It allows you to control some of the phone’s functions without having to touch the display.

Here’s a look at what you can do with the new app according to Microsoft:

The app is free, so if you have a Windows Phone, there’s no reason not to download it an test it.

Microsoft notes that its lower end phones like the Lumia 630, Lumia 635, and Lumia 530 (entry level Lumia 520 from last year) will have limited functionality.

Check out the following video from Microsoft that shows Gestures in action:

I tested this out on my Lumia 635 and it’s worth noting that you can’t install it on your SD card, instead has to install to your phone’s internal storage. Also, in my case I had to restart the phone to complete the install.

And in the screenshot below you can see that only two of the four features are available on the Lumia 635, but the one I was looking forward to the most works…toggling on speaker mode when placing the phone on my desk. 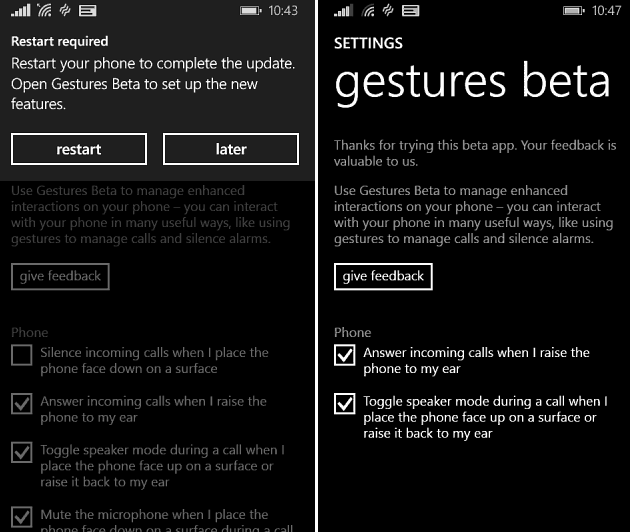 What’s your take on the Gestures Beta app? Remember this is a beta so there will be bugs with it. Also, I am curious how it works for those of you with a higher end Lumia. Leave a comment and tell us about it.