Microsoft released a new update for Windows Phone 8.1 for members of the Preview for Developers program this week. Here’s a look at what to expect.

Microsoft released a slew of new updates for its desktop operating systems, as well as a new build for Windows 10 Technical Preview. Not to be forgotten, the company also released a new update for Windows Phone 8.1 for members of the Preview for Developers program this week.

Here’s a look at how to get the update and what’s included with it.

This new update includes improvements to the Battery app that also includes a real-time Live tile for the app. It also allows adding the Battery Save to quick settings in the Action Center.

Here’s a look at what the new features look like after the update is installed. 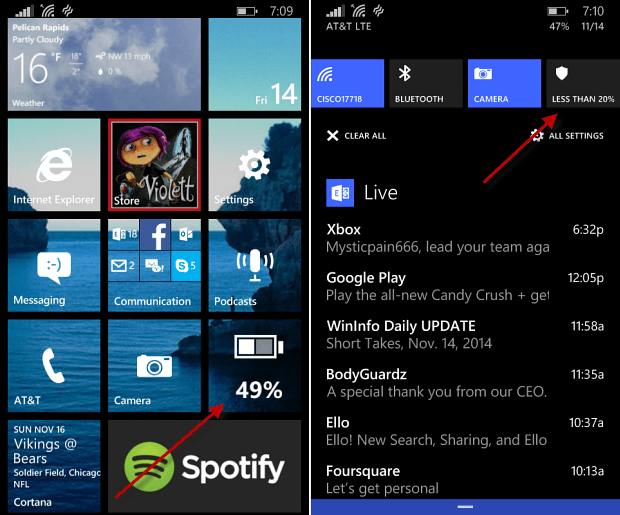 If you’re a Preview for Developers program member, you know the drill…go to Settings > Phone Update > Check for Updates to download and install the update – your phone will reboot once or twice.

If you aren’t a member of the program and want to get these types of updates before the general public, read out article on how to join the Preview for Developers program for Windows Phone. It’s free and only takes a few minutes to set up. Just remember there are a few caveats, namely, it can void your phone’s warranty.

What are your thoughts about the new update? Do you like the new Battery Saver feature? Leave a comment below and tell us about it!