Microsoft released a new cumulative update for Windows 10 Mobile 10586 to insiders. It provides improvements to overall stability and performance.

Microsoft released a new cumulative update for Windows 10 Mobile 10586 to insiders in the fast ring. The update will bring your preview built to version 10586.29, and it brings improvements to the upgrade experience, Bluetooth, universal apps, and more. 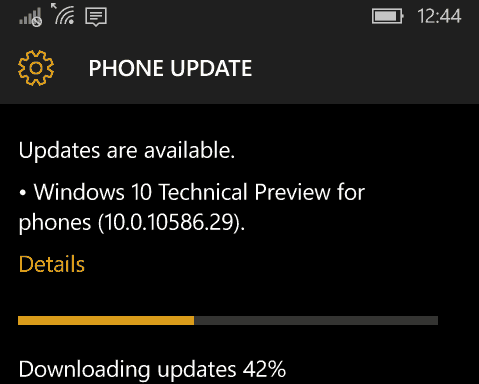 In his blog post, Gabe states, “Today we are releasing our first Cumulative Update to the Windows 10 Mobile Insider Preview Build 10586 to Insiders that begins addressing this feedback.”

The announcement also states that new devices will be available to Insiders next week, as well as an update to the Windows Device Recovery Tool.

Here’s a look at what’s new in this update and the issue’s fixed based on Insider feedback:

To grab this latest update, on your Windows Phone, head to Settings > Update & Security > Phone update. And let us know how things are going after you install the update in the comment section below.