With services such as WordPress offering easy-to-use online editors and integration with desktop word processors such as Microsoft Word, Windows Live Writer continues to lack the development and updates that made it the go-to tool for preparing elegantly prepared blog posts featuring rich tools for adding media and layout of text. Thankfully, a group of third-party volunteers saw the benefits of Writer and decided to pick up where Microsoft left off.

Here’s how the team of Open Live Writer describe the app:

If you’re willing to put up with some bugs, then join us in this brave new world, you can download Open Live Writer from http://www.openlivewriter.org. We’re calling today’s release version 0.5. 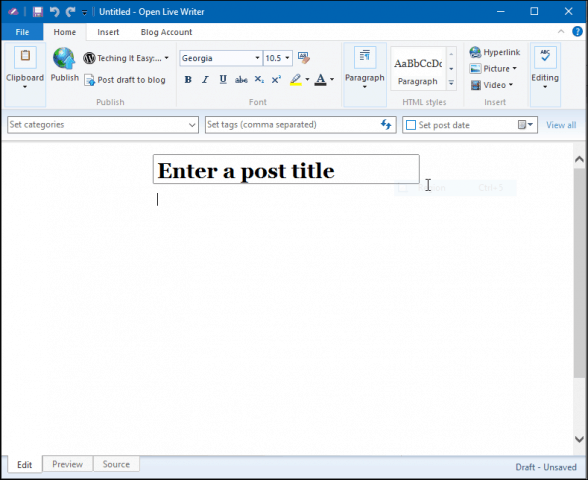 If you are willing to sacrifice a bit of instability and feature loss, then this should be an exciting opportunity to test out this new version which starts at 0.5:

Our roadmap for the future is published here on GitHub.

This is, of course, a back to square one release. I remember the days when I used the service with my personal blog on the now dead MSN Spaces, there were moments of frustration getting it to publish. It eventually got better. This project is purely voluntary work so, it will take some time to get it back on the road stability, support, and feature releases.

But with Microsoft seemingly giving up on its popular blogging tool it’s good to see the renewed interest in keeping it going.

Of course, you can always use Microsoft Word to post to your blogs, but it’s not quite the same if you’ve been using WLW for years.