In technology, things change rapidly. And, in a move that’s sure to irritate some Windows Live Mail 2012 users, Microsoft is pulling support for Outlook.com.

Update: Windows Live Essentials is no longer supported or offered by Microsoft. According to the company’s blog post: “We’re no longer offering the Windows Essentials 2012 suite for download, but if you already have it installed, it will continue to work as it does today. It reached end of support on January 10, 2017, and it isn’t available in Windows 10.”

In the technology world, things are constantly changing fast. And, in a move that’s sure to irritate some Windows Live Mail 2012 users, Microsoft has decided it’s pulling support for Outlook.com. 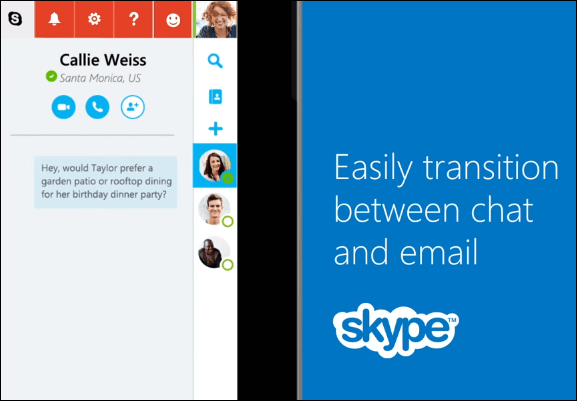 Microsoft is (slowly) rolling out a new Outlook.com infrastructure built on top of a foundation based on Office 365. Windows Live Mail doesn’t support the protocols for this new foundation, so you’ll no longer be able to send or receive Outlook.com emails after your account gets the upgrade.

Earlier this year we introduced a new Outlook.com and began rolling out an exciting new email and calendar experience to users worldwide. So far we’ve upgraded more than 175 million accounts and each week millions more people are using the new Outlook.com to collaborate effortlessly, focus on what matters and get more done.

This new Outlook.com update seems to be rolling out at a snail’s pace. So, if you haven’t seen it yet, you should still be good to go and use your Live Mail the way you have been.

So what to do? Microsoft, of course, wants you to use its built-in Mail app in Windows 10. Or, you can always use the web version. To make using the web version easier, check out our article on how to pin Outlook.com to the Windows taskbar. Also, if you would like desktop notifications for it and other email services, check out the free utility called Howard.

Microsoft shipped Windows 7 with a minimal amount of native programs. That’s why it released the Windows Live Essentials pack as a separate download. At the time, it included a lot of excellent programs. It includes programs like Windows Live Mail, Live Writer, Movie Maker, and others. However, the company hasn’t updated the Live Essentials suite since 2012.

The blogging platform Live Writer is also a casualty of the Windows Essentials’ lack of support. It still works, but I’ve already made a change. Check out how to post and publish a blog post from Microsoft Word.