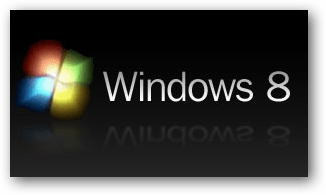 Microsoft has launched an official Windows 8 blog and Twitter Feed and announced a pre-release of Windows 8 is coming in the coming months.

Building the next release of Microsoft Windows is an industry-wide effort that Microsoft approaches with a strong sense of responsibility and humility. Windows 8 reimagines Windows for a new generation of computing devices, and will be the very best operating system for hundreds of millions of PCs, new and old, used by well over a billion people globally.

We’ve been hard at work designing and building Windows 8, and today we want to begin an open dialog with those of you who will be trying out the pre-release version over the coming months. We intend to post regularly throughout the development of Windows 8, and to focus on the engineering of the product. Welcome to “Building Windows 8,” or as we call it, “B8.”

For the Windows team, this blog is an important part of developing Windows 8, as was our blog for Windows 7. Blogging allows us to have a two-way dialog with you about design choices, real-world data and usage, and new opportunities that are part of Windows 8. Together, we will start the unique adventure of bringing a major product to market. We’re genuinely excited to talk about the development of Windows 8 and to engage thoughtfully with the community of passionate end-users, developers, and information professionals.

Over the coming days/weeks you can expect to see a lot of coverage from groovyPost on Windows 8 including editorial analysis from the blog posts and of course detailed How-To tutorials, tips and tricks once the Pre-Release / Beta bits are made public!  Exciting times!