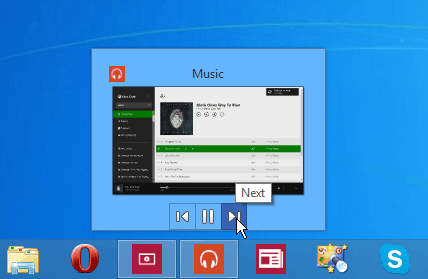 Windows 8.1 Update 1 is designed to make the Modern UIand the traditional desktop get along on traditional PCs. Here’s a look at new Taskbar features.

When we took a look at what to expect from Windows 8.1 Update 1, and there’s several new taskbar options you can use between the Modern Windows and traditional desktop environments. You can pin Modern apps from the Start screen to the taskbar, display it while using Modern apps, or not show Modern apps at all. Here’s a closer look at how it works.

Arguably the best new feature is the ability to pin Modern apps to the desktop taskbar easily. Simply right-click an app’s live tile. 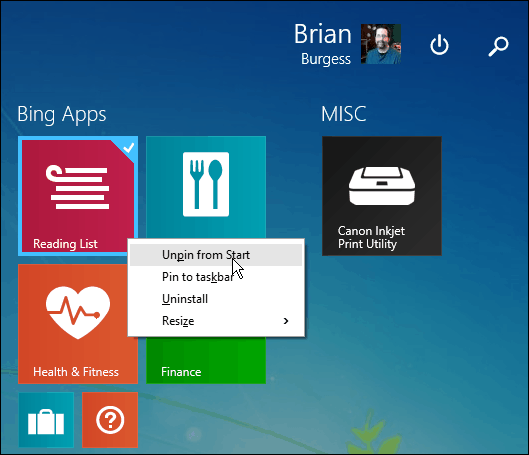 Or from the Apps view you can do the same. 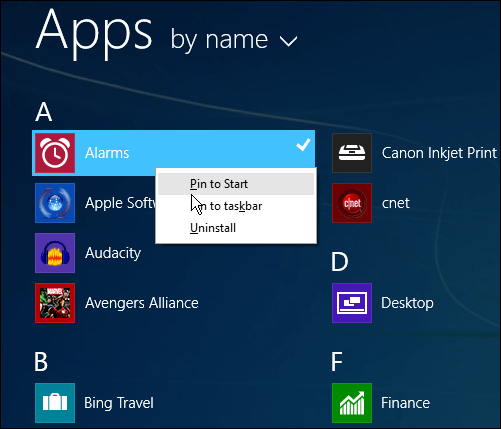 One of the options I like the most is the ability to see live previews of Modern apps. For example, here I’m working on the desktop and I can see what apps are doing – similar to the Live Tile experience on the Start screen. And in this case, with Xbox Music, I can control playback. Since I gave up MOG after it went to Beats Music, I moved to Xbox Music, and while not a huge revision, it makes using it so much easier. It’s a lot like using Windows Media Player or VLC from the taskbar while working from the desktop. 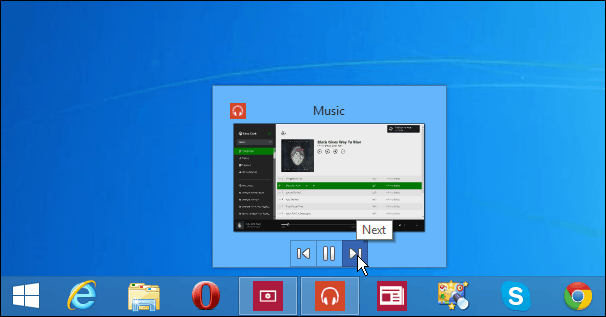 You couldn’t do that before the update.

If you want to see the taskbar while using a Modern app, move the mouse to the bottom of the screen and it will pop up. 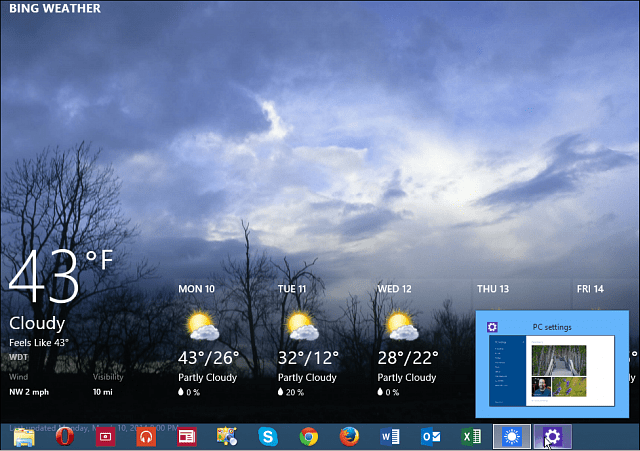 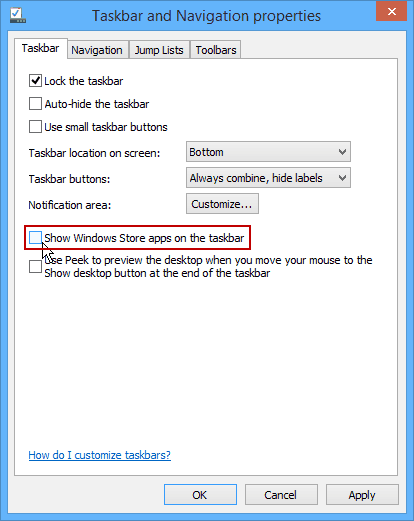 The goal of this new update is to make the traditional desktop and Modern UI to work together more fluidly – especially on a traditional PC with mouse and keyboard. Previously the Metro / Modern UI was an afterthought for me while using my desktop computer. But since using the Update 1 RTM, I find that I’m using the Modern environment more and more.

And really, you owe it to yourself to check out the Bing apps that are built-in and those in the Windows Store. They’re well designed, have a lot of cool features, and now their easier to use with your mouse.

What do you think of the new features coming in Windows 8.1 Update 1? Leave a comment and let us know!