We covered the news of the upcoming Windows 8.1 RT Update 3 back in July, and it has come to fruition. Here’s a look and how to enable the Start menu on RT.

It appears that Microsoft has finally rolled out its new update for Windows RT users, which was set for some time this month. We covered the news of the upcoming Windows 8.1 RT Update 3 back in July, and it has come to fruition.

The update came quietly on Tuesday, with no fanfare from Microsoft, a blog post, or even a tweet from a Microsoft exec. There don’t seem to be many changes other than the Start menu on the RT desktop – which actually doesn’t include the full benefits of the Windows 10 menu but should make navigation a bit easier for some users.

I downloaded it on my first-gen Surface RT, and the actual update appears to be located in the Optional Updates section. According to reports, the update that brings the Start menu is actually KB3033055. However, at the time of this writing, Microsoft hasn’t put up any official documentation.

Update: 9/16/2015: The update that brings the features is indeed KB3033055. You can read more about it on the Microsoft support page for KB3033055. Also, another visual aspect it brings is to the Login screen, Start screen, and other places in the UI is the user image in a circle, which is also similar to Windows 10.

To get the update, and new Start menu on RT, just run Windows Update. After the update, you will see Version 6.3 (Build 9600) on the About Windows screen. 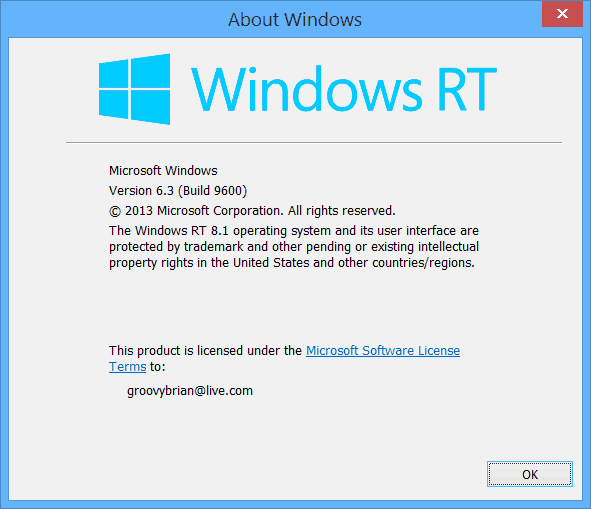 To enable the Start menu, after installing the updates, right-click the taskbar and select Properties. Then check the box next to Use the Start menu instead of the Start screen and click OK. Then you will need to sign out and back in for the change. 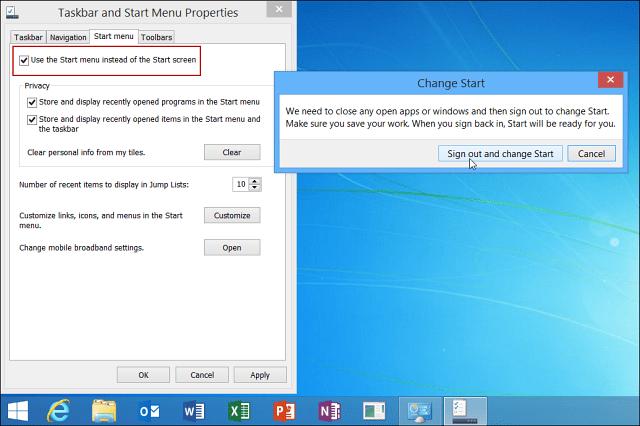 After you log back in, when you hit the Start button, you get the menu now. You will also get the new menu if you hit the physical Windows button on your Surface or other RT device.

Notice my user image appears in the Start screen at the top, which I alluded to in the update above. 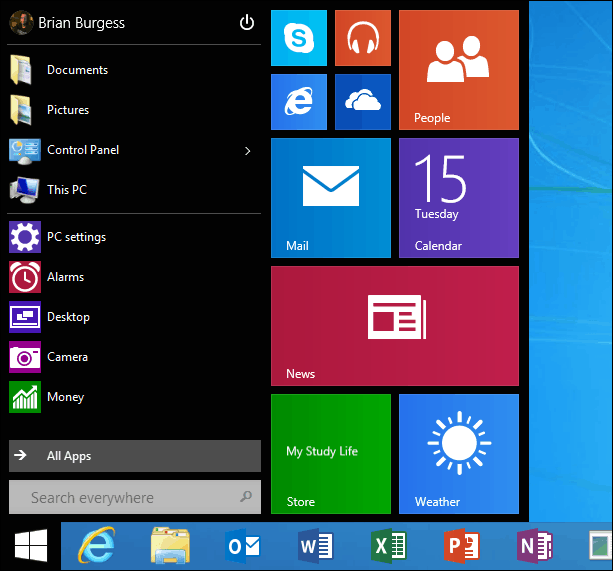 While it’s aesthetically similar to the Windows 10 Start menu, it certainly doesn’t have all the functionality. This Start menu (on the 1st gen Surface RT anyway) doesn’t resize, and no—the apps don’t float on the desktop like Windows 10; they still open full-screen. 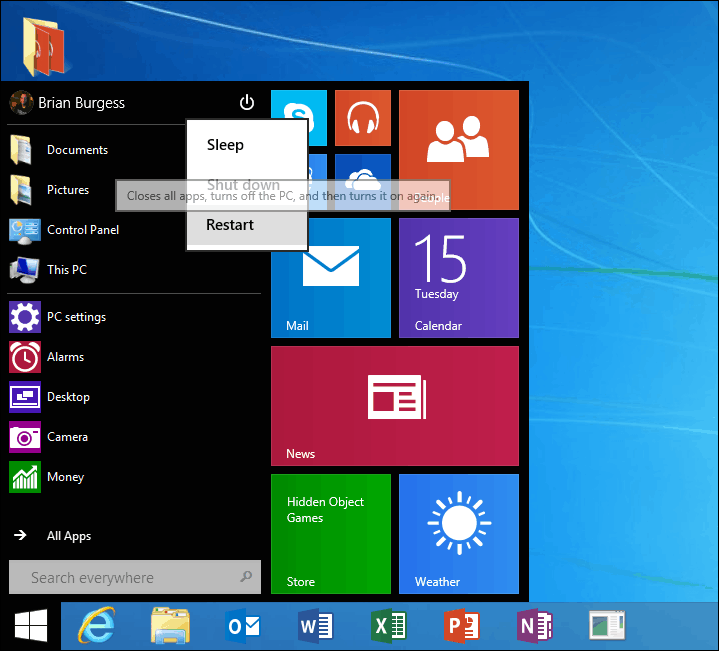 Have you installed the update? What are your thoughts on the update? Have you noticed any other improvements I am missing? I am particularly curious to hear from users of the Surface RT 2.