Microsoft has been quite busy rolling out updates today for Preview versions of Windows 10 for PC and Windows 10 Mobile. It has also pushed out two more updates for the current stable RTM version of Windows 10, too. 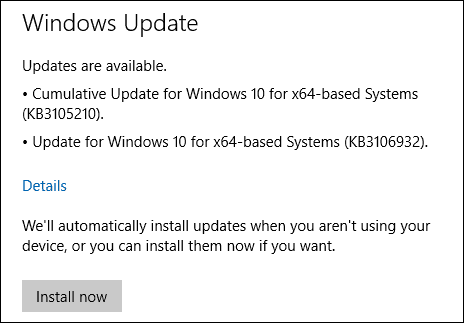 KB3105210 is a Cumulative update and provides fixes to security vulnerabilities for Microsoft Edge and Internet Explorer. The support page summary states the following:

Windows 10 updates are cumulative. Therefore, this package contains all previously-released fixes (see KB 3105210). If you have installed previous updates, only the new fixes that are contained in this package will be downloaded and installed to your computer.

KB3106932 includes performance enhancements for the OS. According to the support page, Microsoft says: “This update makes improvements to ease the upgrade experience to Windows 10.”

Microsoft exec Terry Myerson wrote today about making it easier to upgrade to Windows 10 which is what this update addresses. 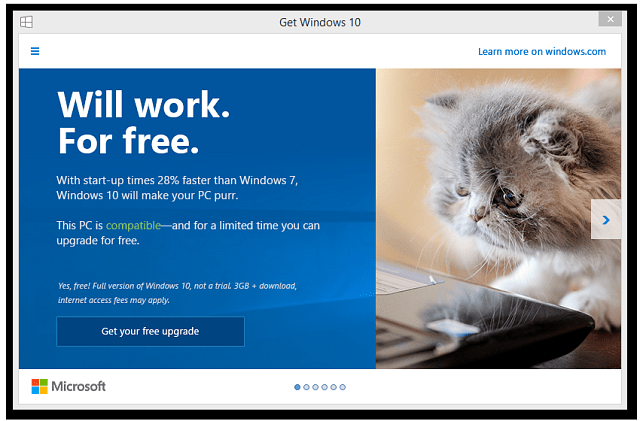 Both of these updates are available now and should install automatically. But if you want to get on top of the situation, head to Settings > Update & Security > Check for Updates.

I installed this on my main production box which is a Dell XPS 8700 and so far haven’t encountered any issues. However, that doesn’t mean other users will have a smooth experience. There are a million of different PCs out there with different setups and unique configurations.

In fact, we had a lot of feedback regarding the cumulative update KB3093266 which was released last month.

A restart of your PC is required to complete the installation, but keep in mind that you can control when Windows 10 restarts to best fit your schedule.

If you have any issues with these updates or notice any improvements to your PCs overall performance, let us know in the comment section below. Or, for specific questions and discussion join us in the Windows 10 Forums.