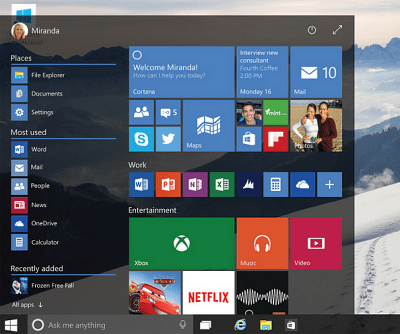 Microsoft’s Gabe Aul announced today that the latest January Windows 10 build is now available for members of the Windows insider program. While not all of the features talked about in Microsoft’s briefing earlier this week are included, there is a nice amount to check out.

The build is being pushed out to both Slow and Fast rings. You’ll get the update automatically via Windows Update, but to get started now, go to just go to PC Settings > Update and Recovery > Preview Builds.

It is a full build and will be installed as an in-place upgrade.

In this build you can expect to see Cortana on the desktop – which was talked about at nauseam  during Wednesday’s briefing. If you downloaded and played with the leaked 9901 build, you were able to experiment with Cortana on the desktop a little bit. And you can assume it will be better integrated and work better with this official build. 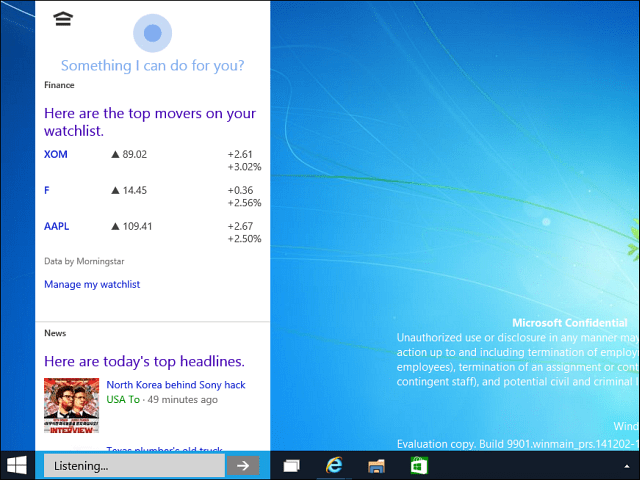 There is also a new Start menu that has been tweaked a bit, a new Settings app, Continuum – which allows you to easily switch between desktop and touch mode, a new Windows Store Beta, and a new Photos and Maps “universal” apps.

I haven’t been able to test anything out on this new build yet, but am downloading it right now. As we dig into the new features this weekend, we’ll show you what the new features are like, and share any hidden nuggets we might find.

Many of the new features talked about by Microsoft’s Joe Belfiore in this week’s press briefing are available but not all of them. For more on what you can expect, check out the video below where Joe shares what’s coming in Windows 10 when officially released later this year.

After kicking the tires on this new build, let us know what you think of the progress of Windows 10 so far.