Microsoft started rolling out the next build of Windows 10 for Windows Insiders today — build 10041. Here’s a look at how to get it and what’s new.

Microsoft has started rolling out the latest windows 10 Technical Preview build (10041) for Windows Insiders. According to Microsoft, the new build is being rolled out to Windows 10 installs configured on the Fast Ring.

So, if you’re on the bleeding edge with the Fast Ring enabled, check to see if the build is ready for you to download through Windows Update. For now the company is rolling the new build out via Windows Update. According to Gabe Aul, the leader of the program, ISO builds will be coming however the Fast ring builds will be available by direct download only.

The build will only be available through Windows Update for systems already running a previous Windows 10 build. We still intend to release ISOs for builds that go to the Slow ring, but Fast ring builds will be direct downloads only.

To get your hands on the beta builds and test out new features in Windows 10 before the general public, read our article about how to become a Windows Insider to Test Windows 10.

I have and will continue to put in this disclaimer/warning for every new build until the final release as it’s very important: It’s free to become a Windows Insider and test these new builds of Window 10. But it’s worth mentioning, again, that you do NOT want this on your main production computer. Only install this on a separate testing system or in a virtual machine. There are still too many bugs in these Tech Preview build and you don’t want to sacrifice losing personal and important data. Unless you’re an enthusiast or early adopter and know what you’re doing, just wait until the final version is released.

According to Gabe Aul on the Blogging Windows site, this new build has several new features that, while not amazing, are interesting and will make your Windows experience much more enjoyable than Windows 7 (maybe), and Windows 8.1 most definitely. 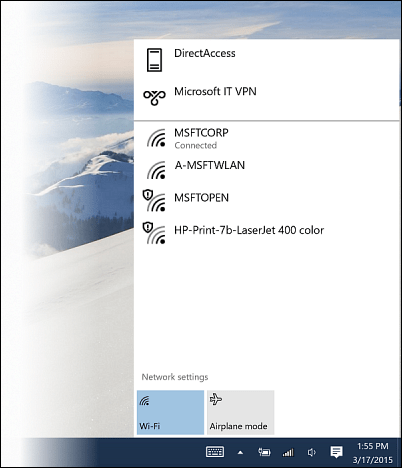 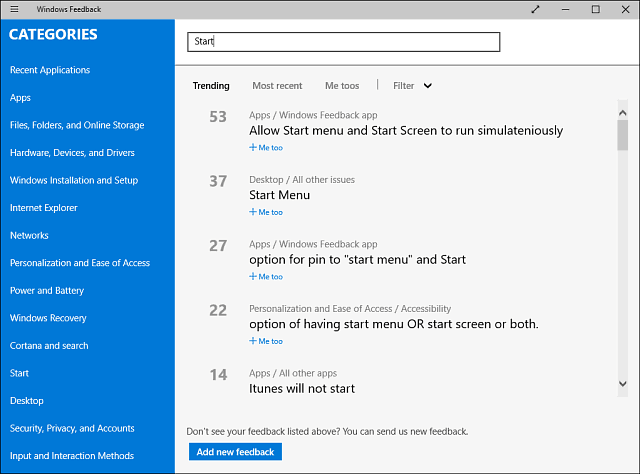 I haven’t downloaded the new build yet, since it’s just not appearing for me – it looks like a lot of people are having the same issue. But when I do get it, expect more in-depth coverage of these new features and others too.

Note: All of the screenshots in this article are from Microsoft via today’s post by Gabe Aul who I encourage everyone to follow. In fact, I am talking with him on Twitter about not seeing the new build to download yet.

Also, if you’re testing out these Windows 10 tech preview builds, or just want to keep up with the progression of the OS, join our Windows 10 Forum which is free, and full of great members.