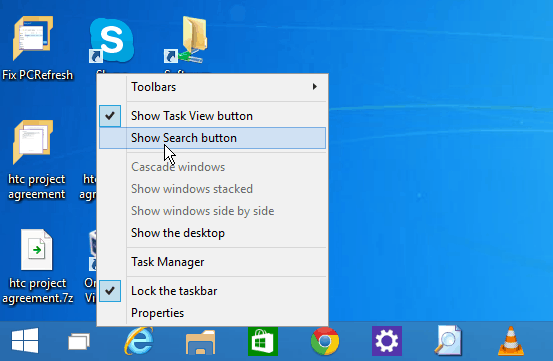 Microsoft launched a new build for Windows 10 Technical Preview that testers can download now. Here’s a look at installing it and some of its new features.

Microsoft launched a new build for Windows 10 Technical  Preview that testers can download now. This build number is 9879 and it offers some noteworthy changes and new features. The company says several of these changes were directly influenced by Windows Insider program user feedback.

Here’s a look at how to get and install the new build as well as some new features to check out.

The Blogging Windows page Microsoft exec Gabe Aul points out that this is a full new build and will be installed as in in-place upgrade. That means you won’t need to go through all the trouble of initial setup and downloading all of your apps again. But do keep in mind that this build still takes a good amount of time to download and install.

New features in this Windows 10 build include the ability to hide the Search and Task View buttons on the Taskbar, a “hamburger-style” icon for full-screen apps to make charms easier to find, and Snap Assist for dual-screen monitors. Also there has been improvements added to OneDrive, IE, File Explorer, Modern app dialogs, official support for MKV file formats, and more.

You don’t have to download the build now, as it will come automatically via Windows Update automatically, but if you don’t want to wait and want to get your hands on it now, read the following section.

To see the new build you will need to have the setting for how quick you see new builds to Fast. If it’s set to Slow you won’t see it, but you can change it to Fast, exit out of Update & Recovery and go back in. 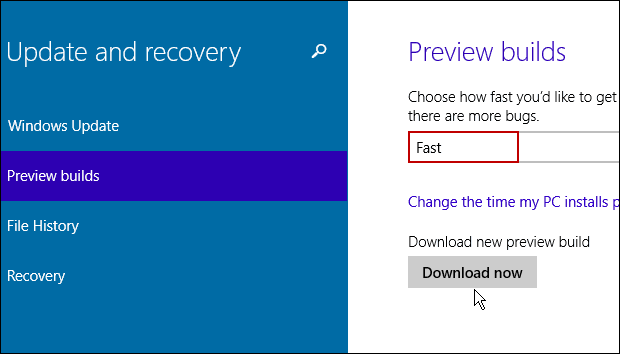 Then restart your computer and wait while the Setting Up screen completes and brings you to the desktop. You can restart right away or delay it for up to 8 hours…your PC will restart a couple of times. 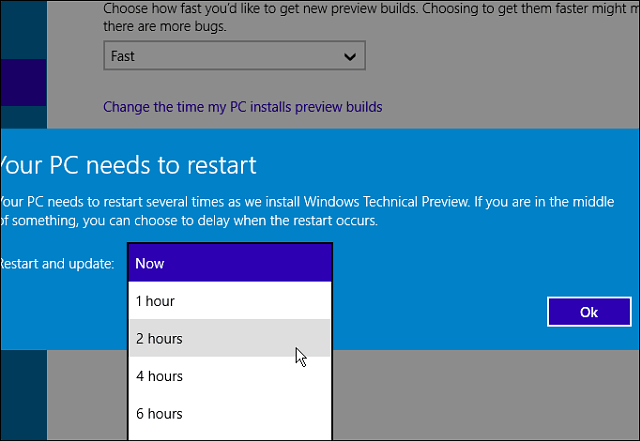 Important: Be sure to run Windows Update after the build installation is successful and get Windows Technical Preview November Update (KB3016725) – this update provides new OneDrive features and will save you frustration when using it. 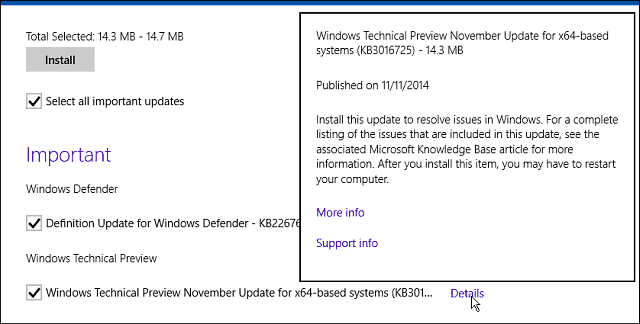 Update 11/13/2014: After spending more time with the latest Windows 10 build, I am not sure that the Windows Technical Preview November Update actually solved my OneDrive connectivity issue. I assumed it did because files I put in OneDrive on my Windows 10 system did not sync, nor did I get the new OneDrive options shown below. After the update, everything seems to be syncing fine and the new OneDrive options are available.

I was able to contact Gabe Aul on Twitter, and you can read our conversation about the update here. 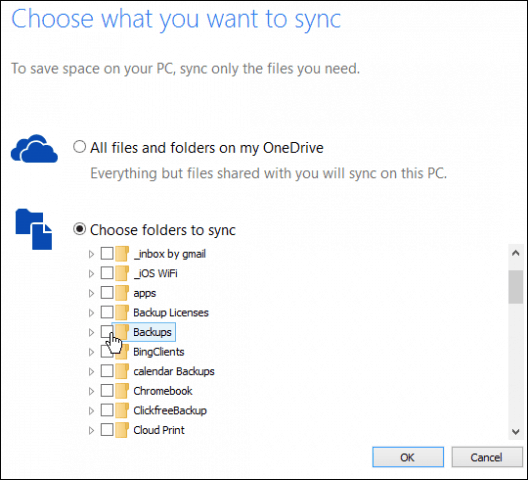 It appears a lot of people are still having issue with OneDrive syncing correctly, and Paul Thurrott has a workaround that he posted today you might want to check out on WinSuperSite.

Now you’re ready to start testing out the new build. The following are screenshots of a couple new features.

You now have the ability to hide the Search and Task View buttons by unchecking on or both of them. Apparently this was the number one requested feature by Windows 10 testers.

The new Modern app dialog boxes, in Windows 8.x the notifications would be full screen. 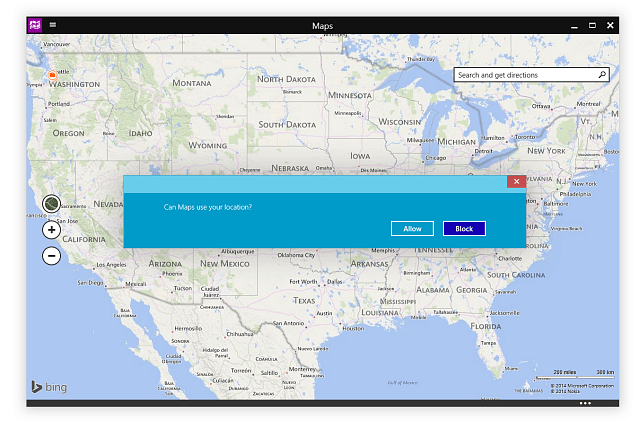 There are some known issues with this latest build of Windows 10, that were posted on the blog:

When I first tried to install this build on one of my physical testing laptops, I received the error message shown below. What I did to fix it was make sure I had all of the latest Windows Updates and then completely shutdown my laptop, turned it on again, and went through the process again…Yes, even the downloading part. That worked for me, but everyone’s experience will vary.

If you’re having problem installing the new build, leave a comment below and tell us what it is. Or, if the update went smoothly, let us know that too.

I just got the latest build up and running, and haven’t had much time to explorer the new features, but I’ll give you more details in the coming days.

Also, make sure to join our Windows 10 Forum we’re just starting to build it, but it’s free and there’s already a nice group of knowledgeable Windows enthusiasts like you. There we’re documenting this journey to the final version of Windows 10.