Microsoft today released Windows 10 Redstone Build 14295 to Windows Insiders in the Fast ring for PC and Mobile. This build includes a lot of fixes.

Microsoft today released Windows 10 Redstone Build 14295 to Windows Insiders in the Fast ring for PC and Mobile. This comes on the heels of the last week’s Redstone Build 14291 which included extension support for Microsoft Edge as well as other new features.

This build isn’t as exciting as the last, but it does include a lot of fixes and performance improvements. 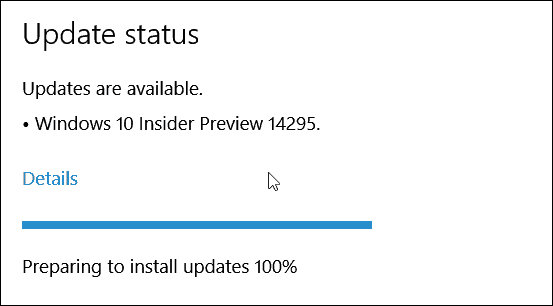 If you’re testing Redstone on your Windows Phone, it’s worth noting that in addition to the retail models i.e. Lumia 550 or Lumia 950, there are some older models that will be capable of running it. Microsoft has a list of phones that support the Mobile Insider Preview. The company does state that the only exception is the Lumia 635. Microsoft says it will be added at a later date.

According to Microsoft exec Gabe Aul, the following issues have been fixed for PC:

The following fixes are for the Mobile version


There is a long list of known bugs, however.


Of course, there is known issues with the Mobile build as well.

After the installation of this new build completes, you can hit Windows Key + R to bring up the Run dialog and type: winver and hit Enter. That will show you the new version as Build 14295.