Microsoft today released Windows 10 Redstone Build 14291 to Windows Insiders in the Fast ring for PC and retail models of Windows Phone. This comes on the heels of the last Redstone Build 14279. That build included new features to Cortana and an updated logon experience. 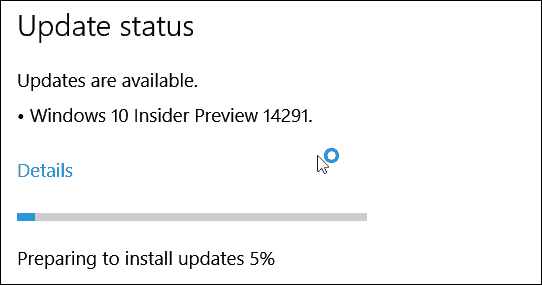 This latest build is more exciting as it includes a notable and long-awaited feature – extension support for Microsoft Edge. Other Edge features contained in this build include Pinned tab support as well as “Paste and go” and “Paste and search” for the address bar.

The Maps app has been updated to include a slew of new features. There is also an updated Alarms & Clock app, improvements for Japanese support for the keyboard and input canvas, and updates to the Microsoft Feedback app.

Here’s a quick summary of what’s new in this build. For a full look at the new features, make sure to check out this blog post from Gabe Aul.

Microsoft Edge extension support is in the early stage and only includes a few extensions, but this is something we’ve all been waiting a long time to see.

The following video from Microsoft demonstrates how to install Microsoft Edge extensions in this build. And for even more information about extensions for Edge, you check out this blog post.

Pinned tabs in Microsoft Edge (a feature already in Chrome and Firefox) makes it easy to keep your most-used sites available. 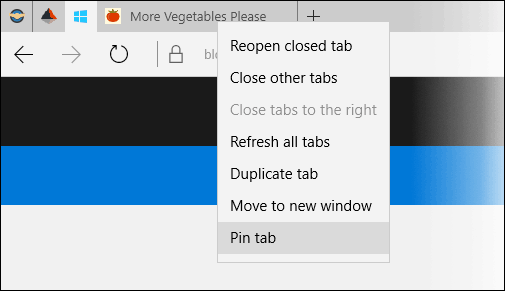 New search features for Microsoft Edge include “Paste and go” and “Paste and search” are also included in the Edge browser now. Copy a link and paste it in the address bar and you can select one of the options from the context menu. 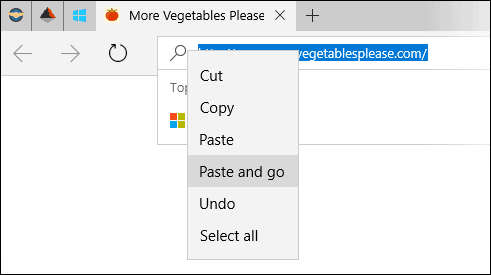 The updated Maps app includes a ton of updates that makes it more lightweight, scalable, and provides a consistent UI and other improvements. It has one-tap access to search and directions from anywhere on your phone, ability to view multiple searches and directions at the same time, turn-by-turn directions courtesy of Cortana and much more.

The updated Alarms & Clock app has a new look with new inline time picker design to make it easier to create and edit alarms and timers. 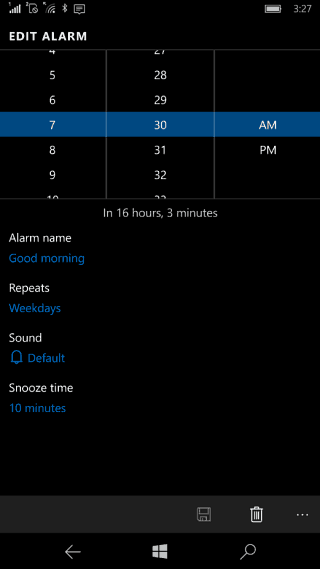 The Feedback Hub brings the Feedback app and Insider Hub together in one central location and is available for PC and Mobile. 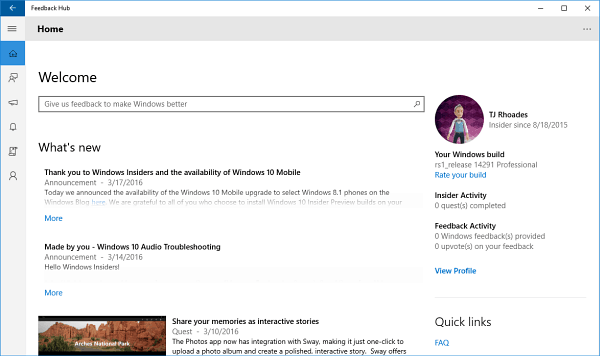 What’s Fixed for PC and Mobile

Known Issues for PC and Mobile

After the installation of this new build completes, you can hit Windows Key + R to bring up the Run dialog and type: winver and hit Enter. That will show you the new version as Build 14279.