Microsoft today released Windows 10 Redstone Build 14279 to Windows Insiders in the Fast ring. This comes on the heels of last week’s Redstone Preview Build 14271. That build included fixes for PCs that were based on Windows Insider user feedback.

This latest build adds some new features to Cortana, including reminders and support for several new languages. It also includes an updated logon experience. 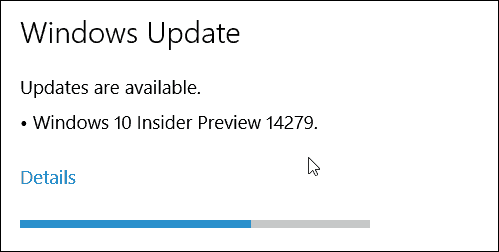 Here’s a glance at what Microsoft exec Gabe Aul says about the improvements in his blog post:

Cortana in More Languages: “With this build, we are enabling Cortana for the Spanish (Mexico), Portuguese (Brazil) or French (Canada) languages!” It’s worth noting here that this is in addition to the 11 other regions and languages that Cortana already understands.

Cortana now remembers things for you: “With Cortana, you can now save useful information like the name of a book you want to read (ex: “remind me to read [insert book name]”), or a to-do item without a due date (ex: “remind me to wash the car”). You have the option to set specific details like location, time, and people at a later time so that Cortana will surface it when its most relevant.”

Updated Logon Experience: “Previously on PC, there were two separate backgrounds for the Lock screen and then the logon screen. We’re merging the experience so there is just a single background – your Lock screen background. This is similar to the behavior seen on mobile.”

As with all Insider builds, this one will take a while as it’s an in-place upgrade. A restart is required, and the amount of time it takes to install will vary for each person.

After installing this new build, you can hit Windows Key + R to bring up the Run dialog and type: winver, and hit Enter. That will show you the new version as Build 14279. 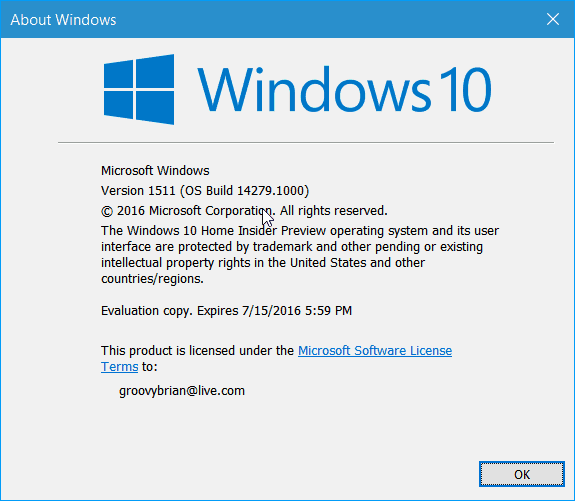