In an odd move, Microsoft launched a new version of Windows 10 preview for Mobile and PC – Build 14385. This comes on the heels of last week’s Build 14383.

In an odd move, Microsoft launched the latest version of Windows 10 preview for Mobile and PC – Build 14385. This comes on the heels of last week’s Build 14383. 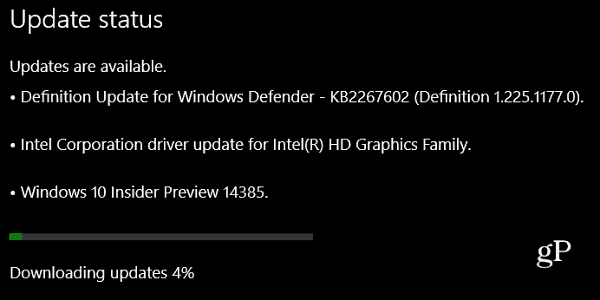 Dona Sarkar, the head of the Windows Insider program said in her blog post this weekend the following:

We’re getting down to the wire on the Windows 10 Anniversary Update, team. Please install the build and send us your feedback. I can’t tell you how much I love being on the same team as you.

After you install this latest build, you should find the following improvement for Windows 10 Anniversary Edition on PC:

Of course there are known issues for Windows 10 Mobile and PC as well, and for a full report you can check out Dona’s article here.