Microsoft today released the latest version of Windows 10 for Insiders. Today’s Build is 14383 which means we’re getting very close to the RTM.

Microsoft today released the latest version of Windows 10 for Insiders. As we reported today, Microsoft is signing off of Windows 10 Anniversary Update with the RTM being 14384. So, we are getting incredibly close. 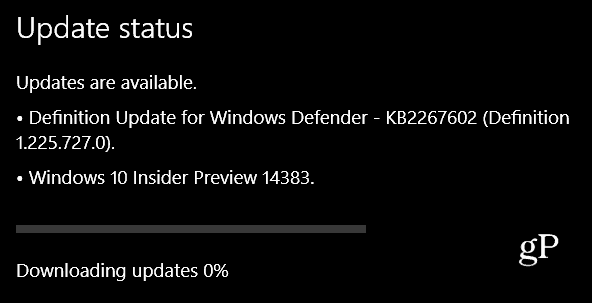 Several of these new improvements are fit and finish and are much appreciated. They should make the final version much better.

Since we’re getting close to the RTM, as you’d expect, there are several improvements and fixes to this build for PC which including the following:

Several of these new improvements are fit and finish and are much appreciated. They should make the final version much better. Especially the improvements to Microsoft Edge browser.

Of course, there are still some known issues for PC (which aren’t that many) which include the following:

It’s also worth noting that Dona Sarkar, the leader of the insider program, has a special announcement:

We just released Build 14383 for PC + Mobile to #WindowsInsiders. Lots of fixes so pls install & send us feedback! https://t.co/51RF5heNnr