Microsoft today released the next build on the road to the final version of the Anniversary Edition to Insiders for PC and Mobile.

Microsoft today released the next build on the road to the final version of the Anniversary Edition to Insiders for PC and Mobile. There are no new features, but there are plenty of bug fixes and improvements while the company adds fit and finish to the next major release. 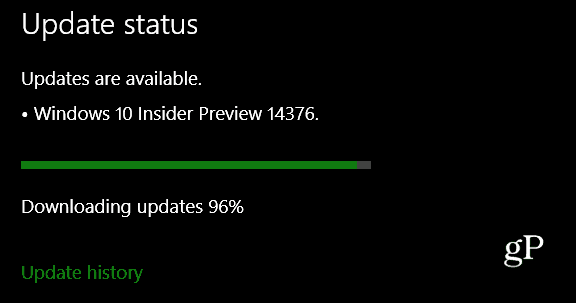 According to the leader of the Insider program, Dona Sarkar:

Since you all seemed to like the breakneck build pace last week, we’re starting the week off right and releasing not one, not two, not three…but *four* builds today. Today we are releasing Build 14376 for both PC and Mobile to Windows Insiders in the Fast ring.

She also notes there are nearly 1,800 fixes compared to the last build 14372. There is also a new extension for Microsoft Edge – Evernote Web Clipper. So if you’re an Evernote user, you should be happy with that news.

The following are the known issues for PC according to Dona:

For the full announcement and what’s going on with Mobile, check out this blog post.