Unlike the first Windows 10 for phones build, this version includes almost every Lumia model, except for two: Lumia 930 and Lumia Icon. You can find the full list of phones that are supported in our article here.

We actually found out about today’s launch on Wednesday when Microsoft’s Gabe Aul made the announcement on Windows Weekly.

I haven’t had much time to play with it, since the rollout took so long today, but I can show you some screen grabs of some of the new features that you can expect.

Outlook Mail: This brings a fresh new interface that allows you to toggle easily between your email and calendar, without having to return to the start screen. It also gives you a powerful Word-like tools for creating your emails. This includes a lot of different formatting choices, and as you can see in the image below, you can do complex tasks like inserting a Table. 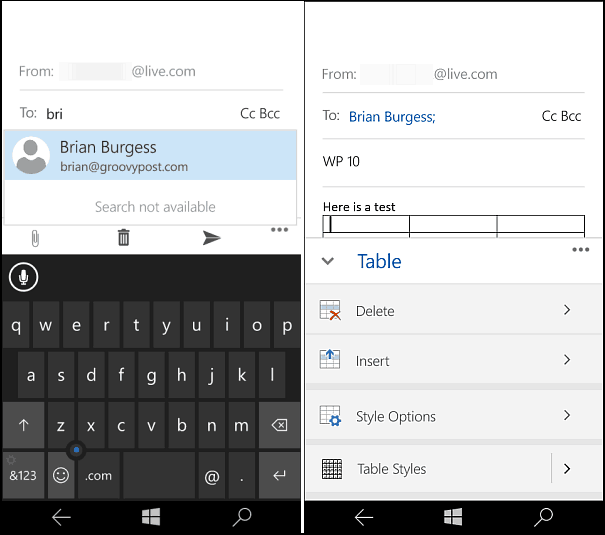 Universal Calendar App: The Calendar app also has clean new design that fits in with what Microsoft is going for in Windows 10 with its new Universal-style app designs. 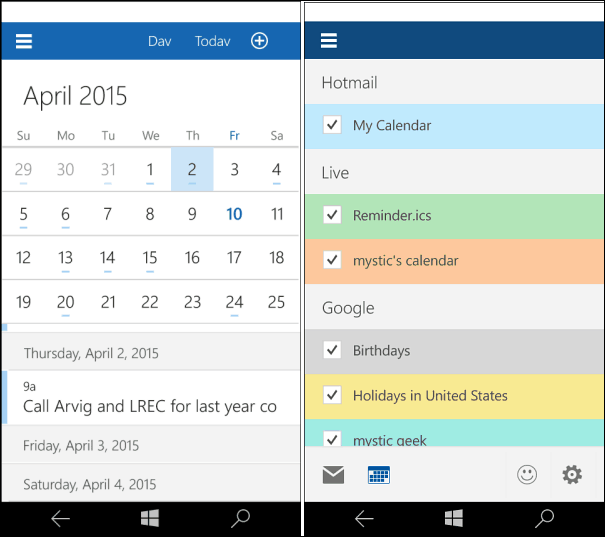 Project Spartan: Project Spartan is Microsoft’s new universal browser that will run across all Windows 10 PC, tablets, laptops, 2-in-1 devices, and of course Windows Phone. We showed you what Project spartan looks like on a PC, and the mobile version is similar in the way it works and looks. 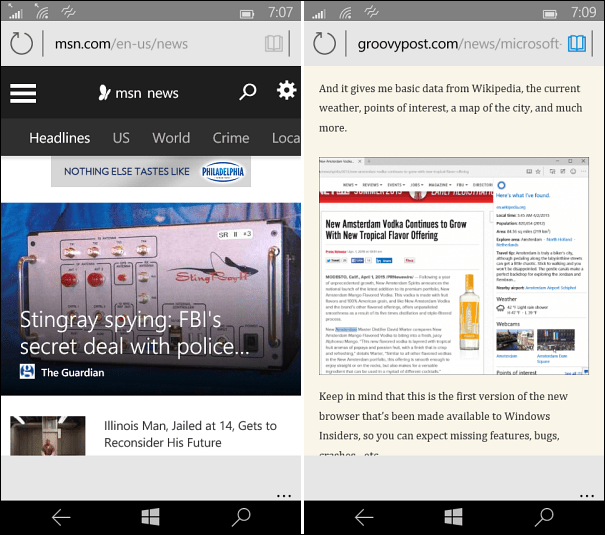 People: This is also a universal app with a new design, and it will be your comprehensive list of all contacts across all of your services. Examples of these services are Outlook.com, Gmail, Facebook, and others. 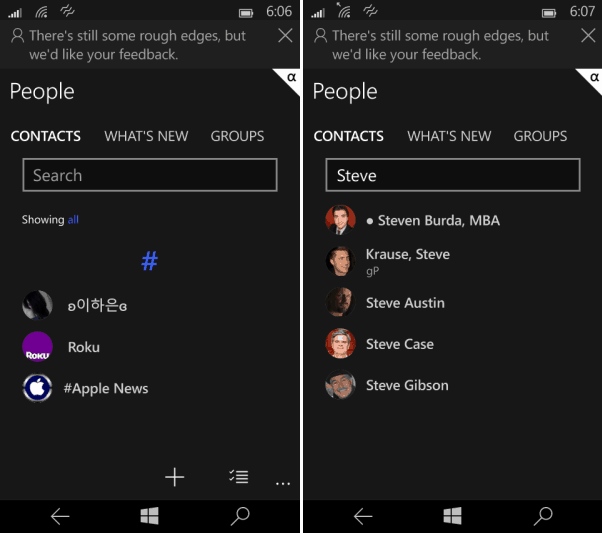 There is also a universal Maps app, updated app switcher that has added support for landscape view, and on larger screen phones like the Lumia 1520, it has a new grid layout which makes it easier to switch between apps. There’s a new phone and messaging app and some minor changes to different aspects of the UI overall. 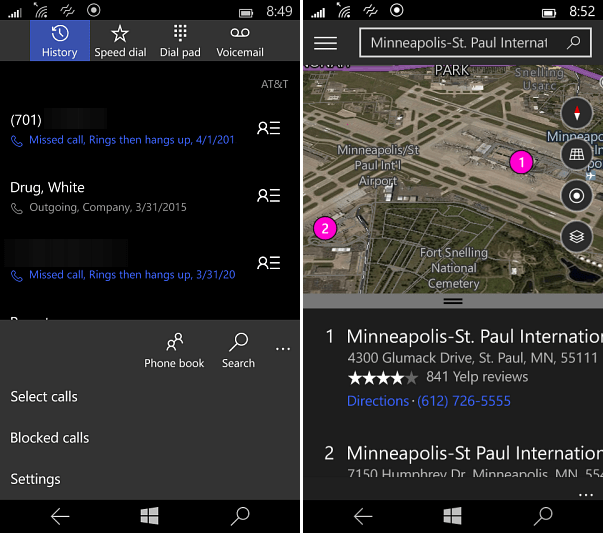 These are just a few of the new things you can expect in the latest tech preview on Windows 10 for phones. After I am able to use it more over the weekend, we’ll be bringing you more of what’s new, including a visual tour of the new mobile OS.

Getting the Update Out

An interesting note is that there were some major problems this morning when first rolling out the update. Apparently there was a database issue that prevented the build from heading out to phones, and Microsoft’s Gabe Aul posted an article on the Blogging Windows site that discussed the problem. But in toward the end of the day, that update has been lined out, and it looks like the Microsoft team has fixed things — we hope.

Update: Change is validated in our pre-production environment and replicating to Prod. 10mins if no errors in replication. #crossfingers — Gabriel Aul (@GabeAul) April 10, 2015

How to Test Windows 10 for Yourself

Before doing this, remember, you’re downloading an unstable test release of the new OS for Windows Phone. You might not want to install it on your main phone. It probably won’t work the same on all handsets, and you’re definitely going to see several bugs. Make sure to report those to Microsoft as they come up via the feedback app.

To get the update you will need to be part of the Windows insider program. If you aren’t part of the program yet, it’s free, and allows you to test Windows 10 for PCs and Windows Phone.

For more on that, make sure to read our article about how to become a Windows Insider to Test Windows 10.

It’s worth mentioning that if you want to test out Windows 10 for phones or are curious about Windows Phone in general, an affordable way to do it is to get a Lumia 635 off-contract from AT&T.