Microsoft today rolled out new Cumulative Update KB3163018 for Windows 10 PCs. There aren’t any noticeable updates to the UI in this build, but it does include bug fixes as well as improvements to overall functionality. 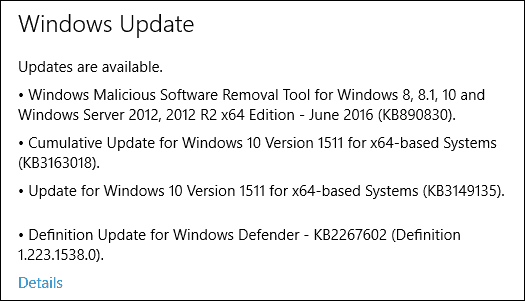 According to the Windows 10 Update History page:

This update includes quality improvements and security fixes. No new operating system features are being introduced in this update. Key changes include:

It will automatically be downloaded and installed on your PC within a couple of days, but if you want to get on top of the situation, you can get the update right now by going to Settings > Update & Security > Windows Update.

You’ll need to reboot your PC to complete the update. Remember that you can schedule a time for your computer to restart that’s most convenient for you. For more on that, read our guide on how to schedule Windows 10 Update restarts.

After the update process has completed, you can check out the new build number by hitting Windows key + R and then type: winver and hit Enter.

When the About Windows screen comes up you’ll see that the build number has increased to Build 10586.420 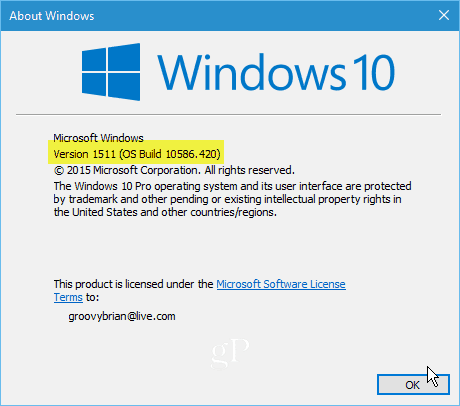 While these updates might not sound exactly fun, it’s always important to keep your Windows system up-to-date. Also, in a few more weeks we’ll see the Anniversary Update — and it has a lot of cool new features.