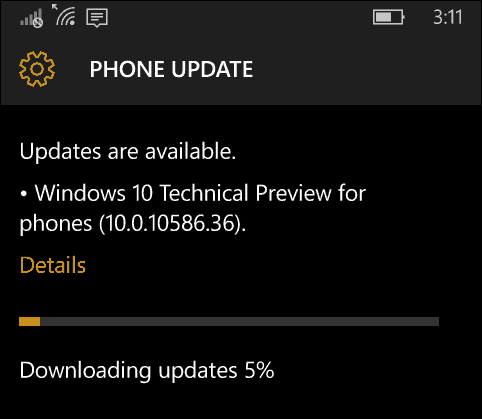 According to a blog post by Microsoft exec Gabe Aul, the most recent build addresses feedback the company has received from Windows Insiders and customers using the Windows 10 flagship phones Lumia 950 and 950 XL.

It’s also worth noting that Microsoft won’t be publishing blog posts to announce new Cumulative Updates for Windows Insiders. Instead, the announcements will be issued in the Insider hub.

Going forward, we won’t be publishing blog posts to announce new Cumulative Updates for Windows Insiders to test. Instead, we’ll publish these announcements in the Insider Hub so please check there for news. If you follow me on Twitter I’ll keep sharing news there as well.

A new update for Window 10 Mobile is now available for #WindowsInsiders https://t.co/RGQNFYv46C

It’s also worth noting that during the holidays Microsoft engineers will be spending time with their families, and there will be no new releases for Windows 10 mobile or PC until January.

This latest update comes on the heels of Microsoft pulling Windows 10 Mobile Build 10586.29 from its servers after Lumia 950 and 950 XL users were experiencing issues with the update including seeing low storage notifications, the update getting stuck at 0%, or not being offered at all.

A few days later, Microsoft did return 10586.29 to its servers a few days later. But from some of the feedback we’ve received, some Lumia 950 users are still having problems downloading it.

Hopefully, everyone who owns a Windows Phone and in the Insider program, no matter which model, will be able to download this latest build successfully. But, of course, remember this is still the technical preview.

To get this latest update on your Windows phone, go to Settings > Update & Security > Phone Update.

Also, note that after installing this new build, check your apps because there will be plenty of updates for them, too. 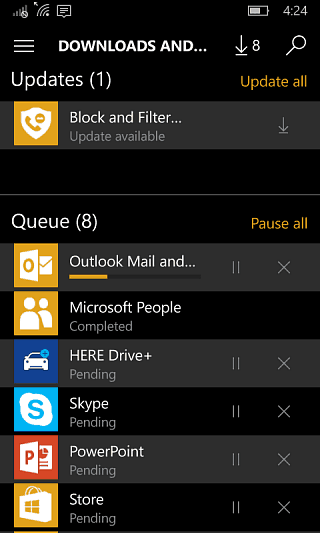 If you’re a Windows Phone owner, let us know how this Windows 10 Mobile update turns out for you by leaving a comment below.