Microsoft today rolled out Windows 10 Mobile Build 10586 for Insiders in the fast ring. No significant changes to the UI but many bug fixes and improvements.

Microsoft today rolled out Windows 10 Mobile Build 10586 for Insiders in the fast ring. It doesn’t include significant changes but includes several bug fixes and improvements. This should be the preview build before the final RTM version is released to everyone very soon.

This build should also be the one that rolls out on the Lumia 950 which is Microsoft’s new flagship phone that goes on sale later this week.

Here’s what microsoft has fixed in this build according to the blog post by Gabe Aul:

And, as always, there are some known issues with this preview build which include the following: 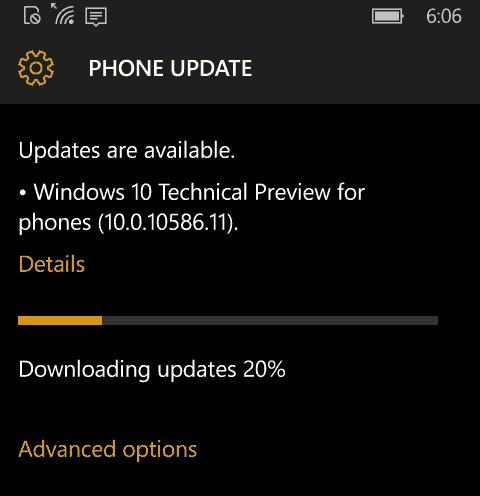 I am currently downloading it to my test Windows Phone, the Lumia 635. We’d also like to know what you think of this most recent build, too. Leave a comment below and let us know.