Wondering why you don’t see the Windows 10 Mobile Build 10586.164? If you’re in the Fast Ring, you need to switch to Slow or Release Preview ring to get it.

As we reported, Microsoft today released the new Cumulative Update KB3140768 for PCs that brings your computer to build 10586.164. The same build was released for Windows 10 Mobile today, too. Here’s a look at how to get it, and what improvements you can expect in this new build.

In this example, I have a Lumia 640 and participating in the Windows Insider Program’s Fast ring. 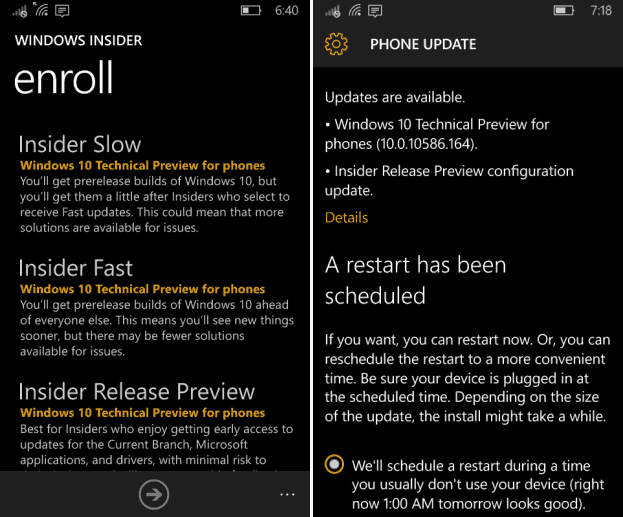 To confuse things a bit more, if you are using a Lumia 950, 950 XL, or Lumia 550 and running the Redstone preview – this update doesn’t apply to you at all.

Still not sure what’s going on? Well, to help you out, Microsoft explains what’s happening on this Q&A page.

Here’s a look at what’s new in this build according to Microsoft:

After you get this update, let us know how things are working for you. Or for more in-depth conversations, head to our new and improved Windows 10 Forums.