Microsoft today rolled out Windows 10 Mobile Build 10572 for Insiders. However, you have to rollback to Windows Phone 8.1 before getting the new build.

Microsoft today rolled out Windows 10 Mobile Build 10572 for Insiders. It includes some new features and improvements. However, the development team is still dealing with a bug in getting the new builds deployed.

So, just like with last week’s build 10549, you have to roll your phone back to Windows Phone 8.1 before getting the new build.

The announcement of this new build was made by Gabe Aul on Twitter this afternoon:

Just like that last build, if you’re still running Preview Build 10536 you won’t be offered this upgrade. Also, if you did take the time to roll back to Windows 8.1 and update to Preview Build 10549, you’re not going to see this build.

According to the blog post by Gabe: “We are working to make sure with the next mobile build we flight, it’ll support upgrading from both Build 10536 and 10549.”

To get this latest build, you first need to restore your device to Windows Phone 8.1 using the recently rebranded Windows Device Recovery Tool. Keep in mind that restoring your phone will blow away everything, and you’ll need to go through and set things up again.

Once you’re back on Windows Phone 8.1, install the Windows Insider app, select the Fast ring, and head to Settings > Phone update > Check for updates. 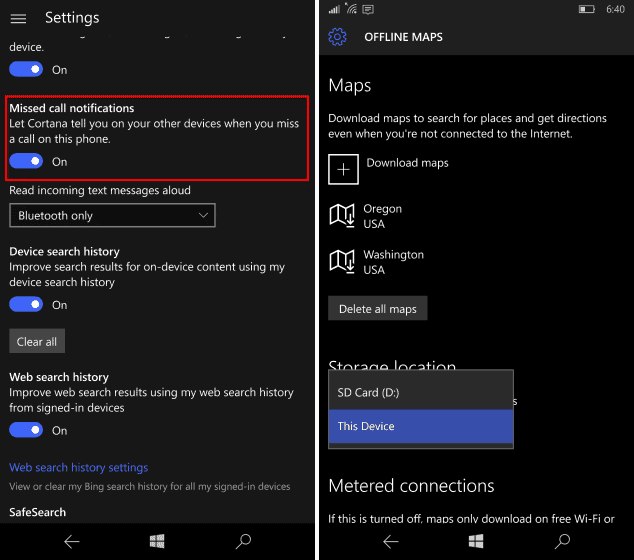 Unlike last week’s build, there look to be some interesting new features in this build that might make you want to take the time to roll back. There are improvements to Cortana, Photo app, Storage Settings, Skype, missed call notifications on your PC, and more.

If you’re not sure whether you want to take the time to roll back your phone to get this update, make sure to read this article to see what has been improved.