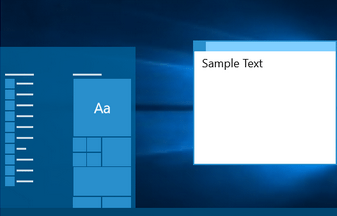 Microsoft today released a new Preview version of Windows 10 for those participating in the Windows Insiders program (Fast Ring only) build 10525.

Microsoft today released a new preview version of Windows 10 for those participating in the Windows Insiders program (Fast Ring only). The build number for this release is 10525 and can be downloaded now via Windows Update.

Gabe Aul tweeted about the new build this afternoon.

This version is only available if you’re participating in the Windows Insiders program and not the general public. While these builds give you access to new features coming to Windows 10 early, the version have more bugs, and some things simply won’t work.

If you want to join the Windows Insiders program, make sure you have a testing system or Virtual Machine. Don’t put these on your main production box. Then go to Settings > Update & Security > Advanced Options and select Get Insider Builds and whether you want to be in the Fast or Slow ring. You can read more about the program and how to join in out article: Install and Test Windows 10 Previews. 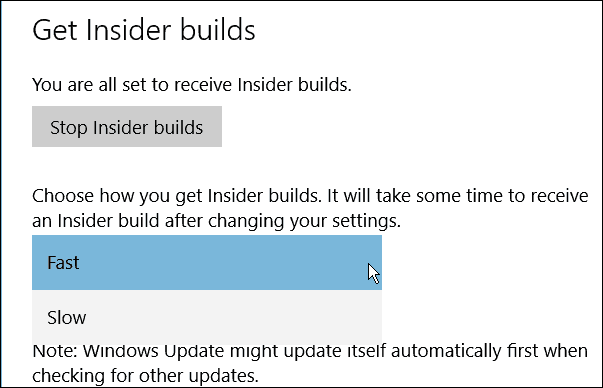 If you’ve been in the Windows Insider program, you know the drill. You’ll get the build via Windows Update. Or if you want it right away, manually run Windows Update. 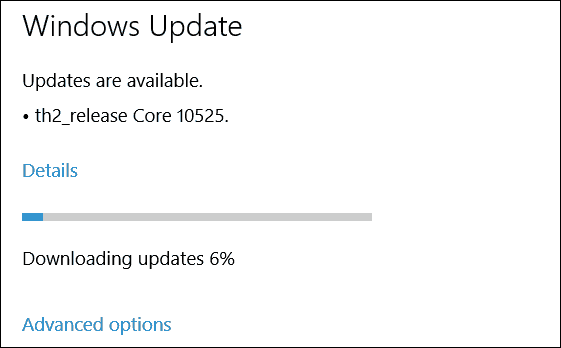 One of the main new features Microsoft is touting is updated color options. According to the post by Gabe Aul:

“We got a lot of feedback on the default color for Start, Acton Center, Taskbar, and Title bars and that you wanted to be able to change to reflect your preferences. This feature is now available (though still early) in build 10525 for you to try. This is off by default, but you can turn it on by toggling this (Settings > Personalization > Colors)” 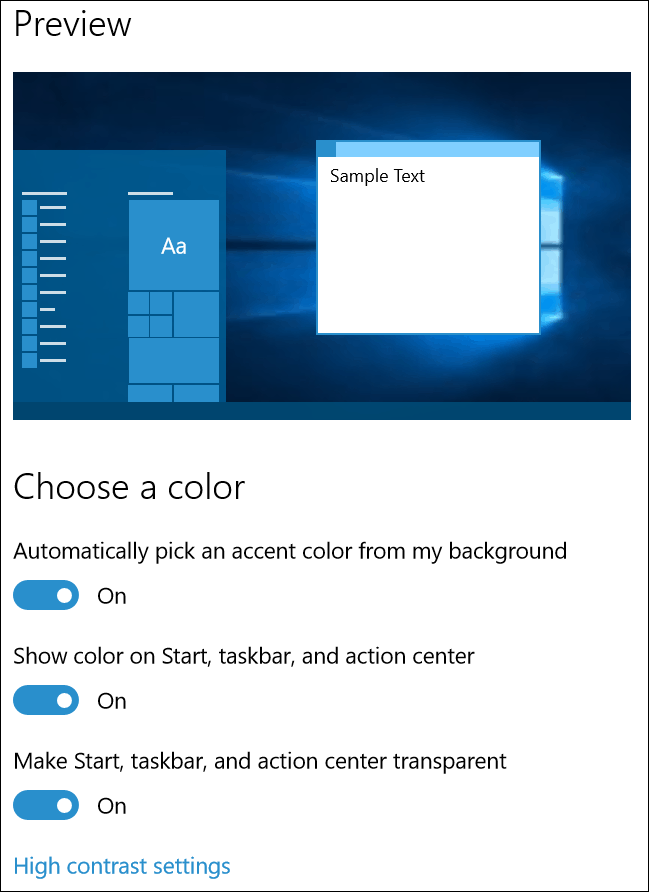 Another interesting new feature in this build is an improvement to Memory Manager which should help improve the responsiveness of Windows 10. According to Gabe’s post:

In Windows 10, we have added a new concept in the Memory Manager called a compression store, which is an in-memory collection of compressed pages. This means that when Memory Manager feels memory pressure, it will compress unused pages instead of writing them to disk. This reduces the amount of memory used per process, allowing Windows 10 to maintain more applications in physical memory at a time. This also helps provide better responsiveness across Windows 10.

As I mentioned before, these Preview builds are buggy, and there are some known issues which include:

Something else I found interesting while downloading this new build is it included some hardware updates for my Lenovo Flex 2, another cumulative update KB3081444. This is a security update and patches an issue with Internet Explorer which you can read more about here. 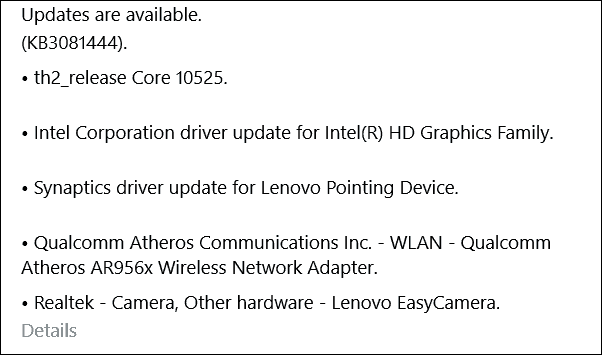 I am still downloading this build, and haven’t yet had time to dig in and check the new features out, but will have an updated post once I am able to test it out.

Have you downloaded this build yet? We’d love to know what your experiences have been.