Microsoft today announced the release of Windows 10 Insider Preview Build 16257 for PC and Preview Build 15237 for Mobile users in the Fast ring. This latest preview build offers a ton of the new Eye Control beta feature that we covered yesterday. Here’s a look at what’s new and what you can expect later this year when the Fall Creators Update is released. 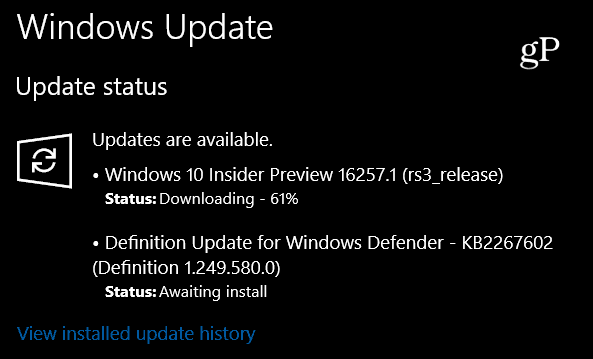 In a blog post by Windows Insider program leader Dona Sarkar, she looks at several of the features you can expect from the Eye Control beta feature. As we mentioned yesterday, this feature will allow users to control text-to-speech, an on-screen mouse and keyboard, and several other standard Windows tasks by tracking eye user movements via a connected camera device. Currently, the only device that supports this eye-tracking experience is the Tobii Eye Tracker 4C.

Support is coming soon for other Tobii devices such as Tobii Dynavox PCEye Mini, PCEyePlus, EyeMobile Plus, and I-series. However, as the technology evolves, more devices are expected to become available on the market from manufacturers.

To set up Eye Control, a user needs to access Accessibility options by heading to Settings > Ease of Access > Other Options > Eye control and turning it on. Note that currently, only the EN-US keyboard layout is supported. 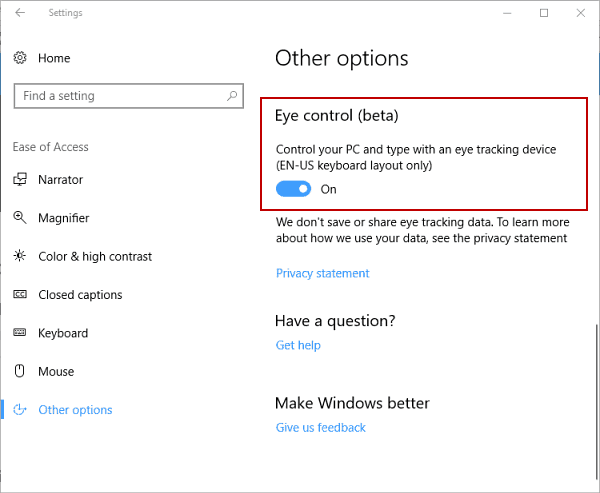 Some of the ways people will navigate Windows 10 will be via an Eye Control launchpad to access the mouse, keyboard, text-to-speech, and reposition the UI on opposite sides of the screen. Another exciting feature for the keyboard is Eye Control shape-writing. This is similar to using a swipe keyboard but with your eyes. You can form words by looking at the first and last character of a word and just glancing at the letters in between. It will also feature predictive text.

As mentioned earlier, this feature is still in beta, and there are known issues to be worked out, which include the following:

This build has improved Microsoft Edge to include a refreshed Fluent Design interface, giving it a more modern look. Also included are improvements to the Console, input behavior, and Windows Defender Application Guard (WDAG) are also included.

As with all preview builds, there are other minor improvements and known issues (including Mobile) that you can check out in the full changelog.

If you’re an Insider, let us know how this build is running for you and if you experience the Eye Control feature’s success (or failure). Also, let us know if you’re happy with the new Microsoft Edge improvements.