The launch of Windows 10 is just days away, on July 29th, and Windows Insiders need to grab another hotfix for build 10240 via Windows Update.

According to Gabe Aul, it’s a hotfix rollup (KB3074674) and is available now. There aren’t any details on what the fix contains yet, but it is live and will automatically download and install.

But if you want to get on top of the situation right away, you can grab it manually via Windows Update.

The Microsoft team is working hard to make sure everything is good to go for the big launch next week.

A restart is required to complete the install. I just downloaded and restarted my laptop and haven’t noticed any issues yet, and everything is running well. 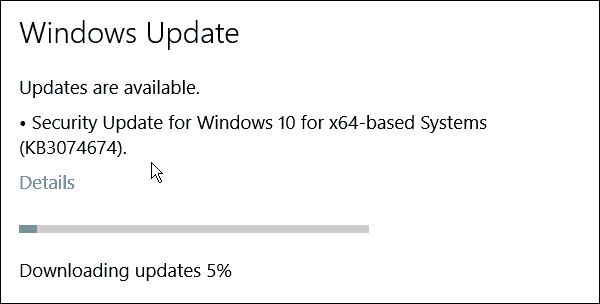 We’d be interested in the differences in how your Windows 10 system is running after installing this update in the comments below.