Microsoft today rolled out new Cumulative Update KB3156421 for Windows 10 PCs. This is the new May cumulative update for current Windows 10 Version 1511.

Microsoft today rolled out new Cumulative Update KB3156421 for Windows 10 PCs. This is the new May cumulative update for the current Windows 10 Version 1511 and contains quality improvements and security fixes.

There aren’t any noticeable differences that you’ll see in the UI or new features. However, it does fix bugs and improves security settings under the hood. This is update comes after April’s update KB3147458.218 which also had bug fixes and security updates. 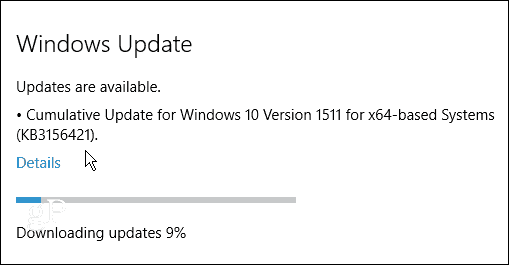 For more info about the security fixes in this update and a complete list of affected files, see KB3156421.

As with all cumulative updates, it will be automatically downloaded and installed to your PC within a couple of days, but if you want to get on top of the situation, you can get the update right now by going to Settings > Update & Security > Windows Update.

You’ll also need to reboot your PC to complete the update. Remember that you can schedule a time for your computer to restart that’s most convenient for you. For more on that, read our guide on how to schedule Windows 10 Update restarts.

When the About Windows screen comes up you’ll see that the build number has increased to Build 10586.318. 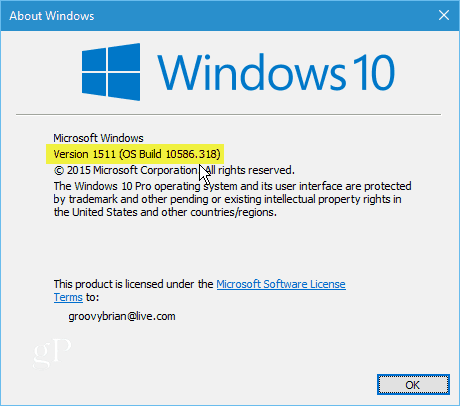 After installing this update on your Windows 10 system(s), let us know how things are running in the comment section below. Or for more detailed conversations make sure to hop in our new and improved Windows 10 Forums.