Microsoft’s Windows 10 Technical Preview is an early look at the next desktop OS, and here’s a look at features that should make it to the final release.

Microsoft’s Windows 10 Technical Preview is an early and incomplete release of its next desktop operating system. While it is still in a sort of pre-beta stage now, there are some features that will most likely be available in the final release. Here’s a look at new features and what you can expect.

If you haven’t installed it yet, make sure to check out our article: Install and Test Windows 10 Technical Preview.

Do remember though, that this is an incomplete version of Windows, and do not install this version on the main computer you use at home or at work. There are several bugs and app crashes that could and probably will lead to data loss.

The most obvious and talked about new feature is the new Start menu. It’s a hybrid between the traditional Start menu you’ve known for years, and the Modern touch-centric interface that was introduced in Windows 8.

You can move and resize the live tiles and arrange them the way you want — just like on Windows Phone 8.1.

The cool thing is that if you install Windows 10 on a traditional computer with mouse and keyboard, it will no longer display the Start screen like in Windows 8. Each time you hit the Windows key the new Start menu opens up. 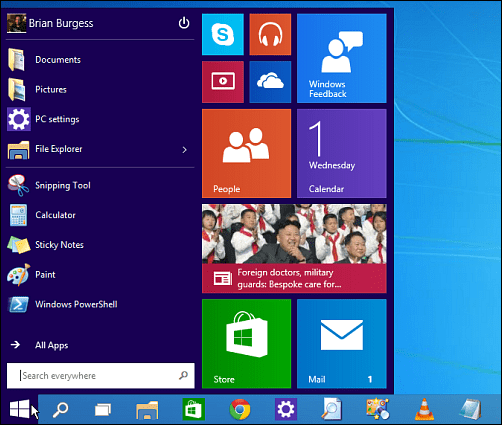 Officially called “Task View” by Microsoft, this is a feature that Mac and Linux users have had for years, and it’s definitely welcomed in Windows too. It replaces the App Switcher in previous versions of Windows. You can get to it by hitting the Task View icon located on the Taskbar – Next to the Start button. Or use the keyboard shortcut Windows Key + Tab. 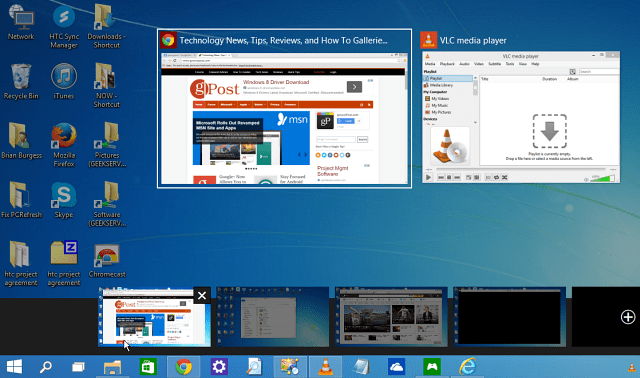 In Windows 8, whenever you would launch a Modern app, it would launch into full screen mode. We showed you how to avoid the annoyance by changing file associations, or by using Stardock’s ModernMix.

Now in Windows 10 the Modern apps run on the desktop, much like they do when you’re using ModernMix on Windows 8. 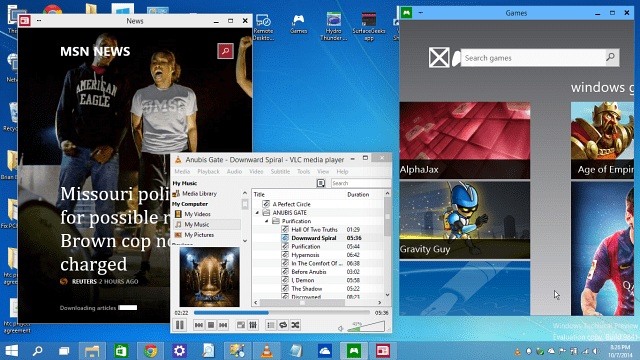 File Explorer (previously called Windows Explorer) has been enhanced with a new Home section that provides you easy access to favorite files, frequently used locations, and includes a new Share button. The Share lets you share files via email, Modern apps — which are being rebranded “Universal apps” moving forward. 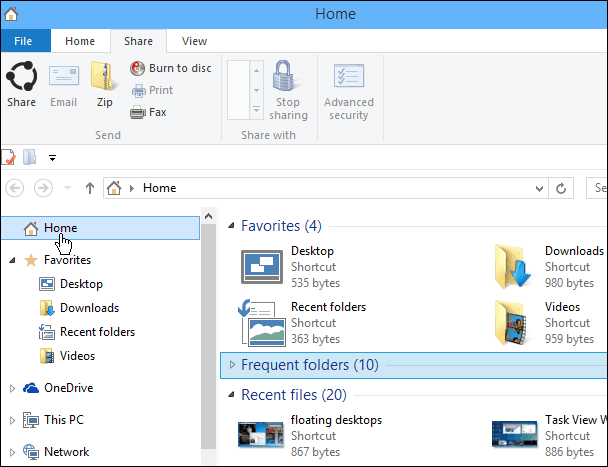 Whether you’re a hard core geek and use the Command Prompt a lot, or a casual user that uses it occasionally, it has been updated to support standard text selections, cut, cop, and paste.

And for the serious geeks among us, there are new experimental features that you can check out. 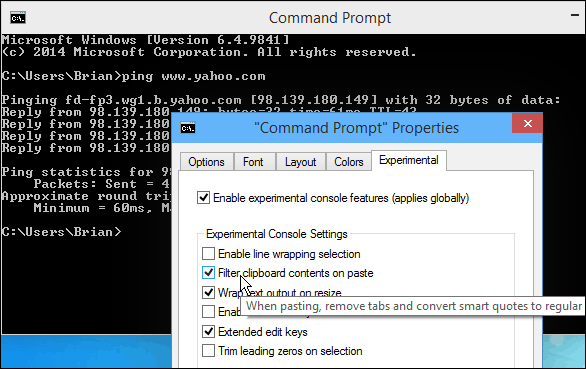 These are some of the major features that we hope will make the cut when the final version of Windows 10 is release sometime next year. As more new features in Windows 10 are refined and enhanced over the coming months, we’ll definitely keep you apprised of the situation.

Have you installed the Windows 10 Technical Preview? Leave a comment below and tell us what you think of it so far compared to Windows 8.

Also, make sure to join our Windows 10 Forum. It’s dedicated to the new OS and we welcome your input, questions and comments as we see what’s truly next for Microsoft Windows.