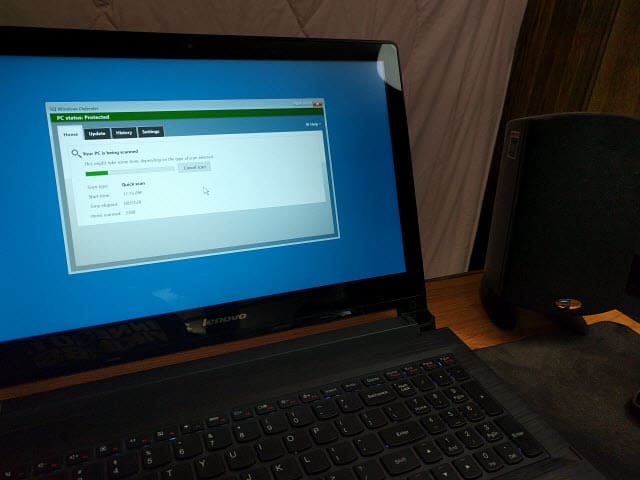 Microsoft rolled out Windows 10 Redstone Build 14271 to Insiders last week. One of the new features is the to use Windows Defender to scan your PC offline.

Microsoft rolled out Windows 10 Redstone Build 14271 to Insiders last week, and one of the new features is the ability to use Windows Defender to scan your PC offline.

Offline scanning is especially useful when you get infected with a nasty virus or malware that can replicate itself and disable your antivirus utility when you boot up. A couple of years ago we showed you how to use the Windows Defender Offline Tool to scan your PC offline. But now, Microsoft is making the process much easier. It has built the feature into the Windows 10.

To start an offline scan head to Settings > Update & Security > Windows Defender. In the right-hand section, scroll past the settings, and then you’ll find Windows Defender Offline. 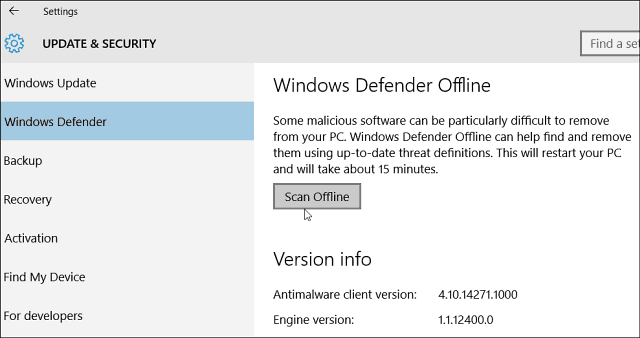 Click the Scan Offline button and your system will restart, and your drive will be scanned while it’s offline and before it boots into Windows.

Previously, to remove nasty malware, you would need to boot into Safe Mode and then run your antivirus utility. Or, use the Windows Defender Offline Tool, which, by the way, still works if you have a suborn infection on your PC.

It’s good news to see Microsoft adding additional security options like this to Windows 10. It shows the company is taking security a lot more seriously by providing this functionality and convenience.

Speaking of security and malware, our Dave Greenbaum has written a few articles on the subject that you might be interested in: