Microsoft today released cumulative update KB3194496 for Windows 10 Anniversary edition, or version 1607. Here’s a look at what has been improved.

Microsoft today released cumulative update KB3194496 for Windows 10 Anniversary edition, or Version 1607. There aren’t any interface improvements, but it does include improvements and fixes to enhance functionality.

According to Microsoft update history page the following has been improved:

You should get the update automatically, but if you want to keep on top of things, head to Settings > Update & security > Windows Update. After the update downloads a restart is required.

When you log back in, hit the Windows key and type: winver and you should see you now have Build 14393.222. 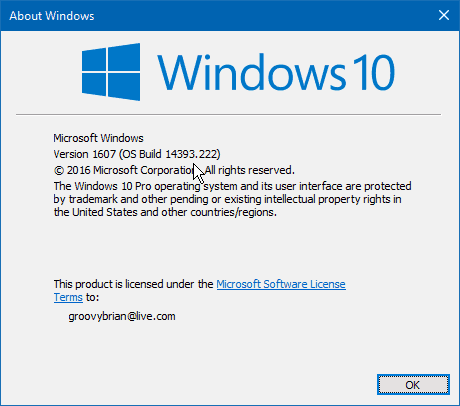 After you get the update let us know how things are running on your system by leaving a comment below.