Microsoft today rolled out new Cumulative Update KB3124263 for Windows 10. The update contains bug fixes, security updates, and other improvements. It also brings your build version from 10586.36 up to 10586.63.

You’ll probably see some other security patches come your way with this update today, too. 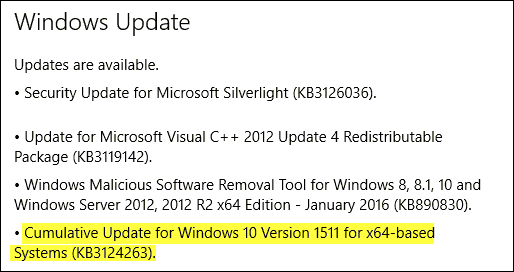 There aren’t any major new features in this update, but it does include minor OS improvements and bug fixes.

At the time of this writing, Microsoft hasn’t included any notes for the update yet on its Support page, but we’ll update this story when they come in.

Microsoft has updated its KB Support page and includes the following:

Windows 10 updates are cumulative. Therefore, this package contains all previously released fixes. If you have installed previous updates, only the new fixes that are contained in this package will be downloaded and installed to your computer.

There is also a known issue for Windows 10 users running Citrix XenDesktop not offering the update. Microsoft advises: “Customers should contact Citrix for more information and help with this XenDesktop software issue.”

You’ll get this latest update automatically at some point, but if you don’t want to wait, you can grab it manually by going to Settings > Update & Security > Windows Update.

You also will need to reboot your PC to complete the update process. But you can always schedule the restart for a time that works best for you. For more on that, read our guide on how to schedule Windows 10 Update restarts.

After the update and restart is finished, launch Run from the hidden quick access menu or hit Windows key+R and type: winver and hit Enter. There you can see that your Windows 10 build number has jumped up a bit. 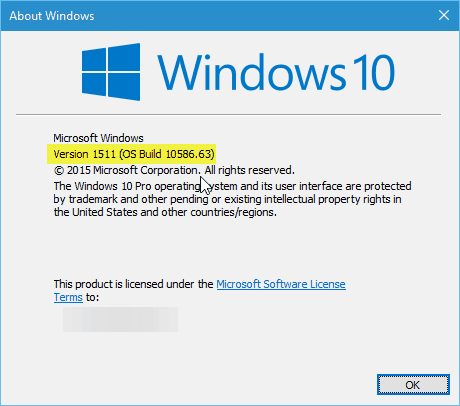